Sometimes, some of the best pics of gigs aren't inside the arena at all.

Remember that time a pilot took a pic of the Bruce Springsteen gig from 38,000 feet?

Or this unique view at the immensity of Electric Picnic?

END_OF_DOCUMENT_TOKEN_TO_BE_REPLACED

What we're trying to say is, that while some 80,000 people were able to take part in what was by all accounts a brilliant night, sometimes it really does pay off to be on the outside looking in.

This pic, courtesy of the Garda Air Support Unit, which they artfully titled 'A Sky Full Of Stars', shows an eagle-eyed view of the Croke Park gig and the surrounding area, and... actually, we take it back, we really wanted to be there, okay?! It looked awesome and now we're just blind with jealousy.

We understand that everyone on the way were given something called 'xylobands', which were radio frequency controlled wristbands that changed colour throughout the night, to visually match different parts of the show.

With what was by all accounts an incredible sunset, they must have made it just about the most Instagrammed concert in Ireland... maybe ever?

And here you can see where the Garda helicopter caught the crowd in one of their blue-r moments... 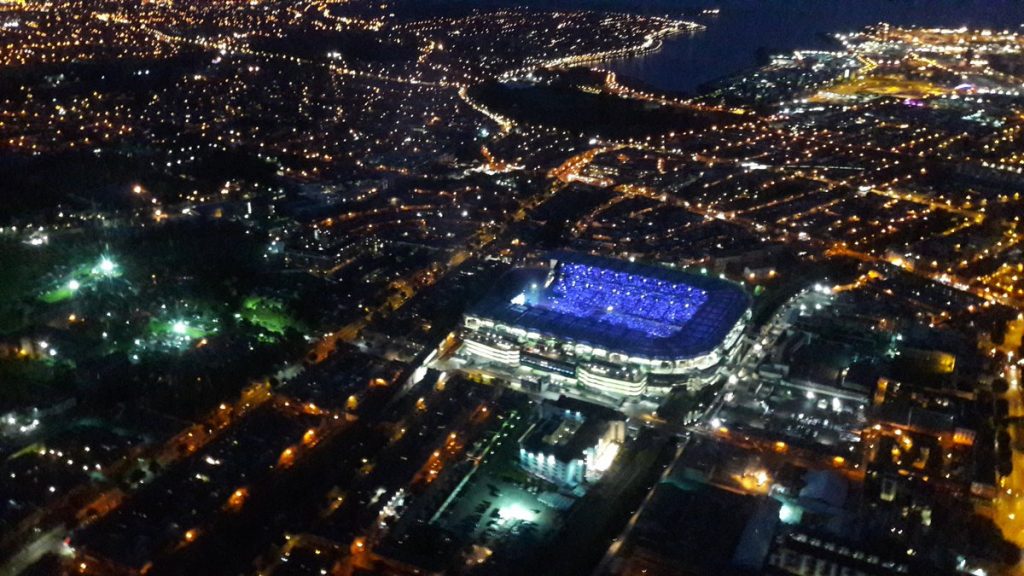 END_OF_DOCUMENT_TOKEN_TO_BE_REPLACED

Meanwhile, the Coldplay gig was quite an eventful night, with a fan in a wheelchair crowd-surfed right up to the stage to perform with the band, the guitarist being struck by a bottle thrown by someone in the audience, and Chris Martin congratulating Ireland on having a "gay, immigrant Prime Minister".

popular
Record for hottest August day in Ireland ever has now been broken
The JOE Friday Pub Quiz: Week 307
Author Salman Rushdie reportedly stabbed on stage during event in New York
WATCH: Flight makes scary 'lowest ever landing' at Greek airport, narrowly avoiding plane spotters
Danny Healy-Rae insists the Puck Fair goat is safe and well looked after
A great underseen action thriller is among the movies on TV tonight
Netflix has just added an incredibly tense 97-minute thriller
You may also like
4 hours ago
The 10 must-watch events at the 2022 Dublin Fringe Festival
1 day ago
Don't miss this temporary pop-up night club, coming to Dublin for one night only!
1 day ago
Man charged in connection with death of Sean McCarthy in Dublin
3 days ago
Man in his 20s in critical condition following assault at public transport stop in Dublin
4 days ago
Murder investigation launched after discovery of man's body in Dublin apartment
5 days ago
Man arrested following discovery of a body in apartment in Dublin
Next Page