Earlier on Sunday we reported that Bastille had been set to play in Dublin's Olympia Theatre tonight (27 January), but on Sunday morning the group issued a statement confirming that the concert had been cancelled.

In a message posted to their official Twitter page, the foursome wrote that bad weather meant that their gear had not made it to Ireland in time. Their gear had been scheduled to come across on the ferry, all of which were cancelled last night due to inclement weather. 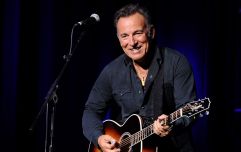 END_OF_DOCUMENT_TOKEN_TO_BE_REPLACED

Scottish singer-songwriter Lewis Capaldi (who JOE was lucky enough to chat to quite recently) was obviously looking forward to heading to the gig himself, but found himself in Dublin at a bit of a loose end, so decided to ask around if there was anywhere with an open-mic night willing to house a bit of a last minute set: 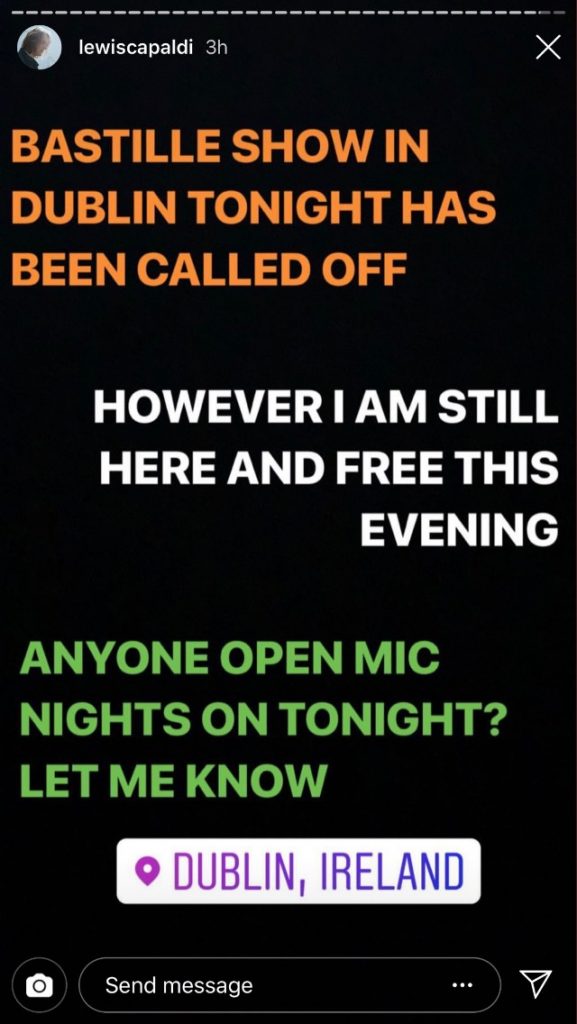 Following putting the question to the city on his Instagram Story, it wasn't long before he was announcing a last-minute gig for any fans of Bastille that found themselves similarly with a suddenly free night: 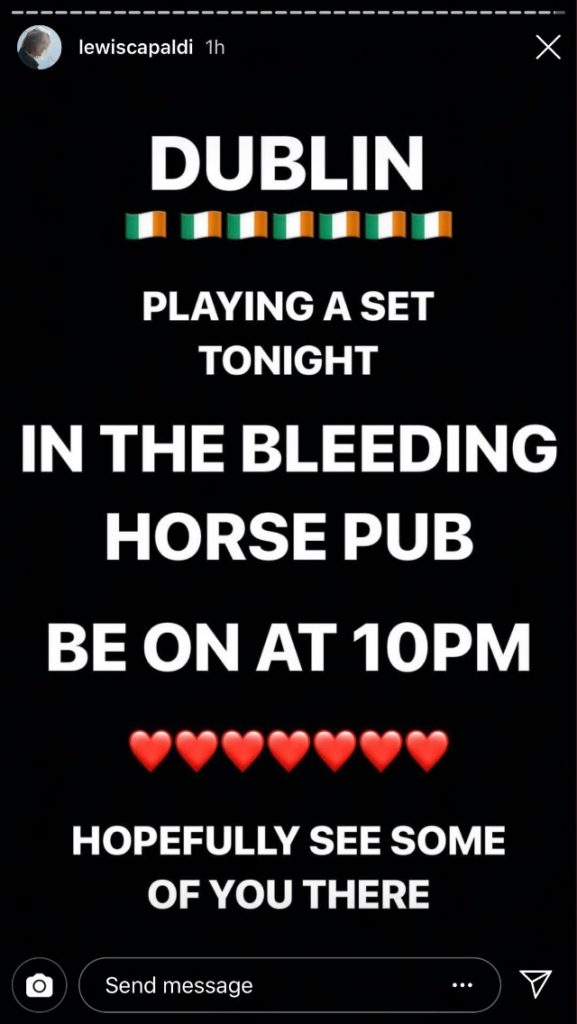 Yep, it looks like Capaldi will be performing a set in The Bleeding House on Camden Street in Dublin 2, and Bastille themselves retweeted the gig:

A couple of class acts right there!

popular
The "eighth best movie ever made" is among the movies on TV tonight
Mia Khalifa claims seaside town is better than Miami
Jennifer Lawrence sparks controversy by saying she was the first woman to lead an action movie
Met Éireann updates weather warning for entire country as temperatures set to fall to -6
QUIZ: JOE’s Big News Of The Day Quiz #27
The start of the superhero takeover of Hollywood is among the movies on TV tonight
One of the best films of all time is among the movies on TV tonight
You may also like
2 weeks ago
Dublin nightclub suspends security guard following racism allegations
3 weeks ago
QUIZ: How well do you know the towns and villages of Dublin?
1 month ago
6 deadly whiskey distilleries and experiences to try out in Dublin
1 month ago
Man in serious condition following assault near Connolly Station in Dublin
1 month ago
Gardaí investigating "all the circumstances" following discovery of woman's body near Luas tracks
1 month ago
Two girls seriously injured in crash involving car and pedestrians on busy Dublin street
Next Page