The reaction to the powerful documentary continues to be felt.

Following an early screening of Leaving Neverland, Ryan Tubridy announced that he probably won't play another Michael Jackson song on his radio programme ever again, saying:

"The chances are, you won’t hear one again on this programme being played again, because it just leaves one very queasy at the thought.

END_OF_DOCUMENT_TOKEN_TO_BE_REPLACED

"If a quarter of what those say happened to them at the hands of Michael Jackson then we all have to sit down and reassess our approach to that pop star and that icon, and probably, I have to say, his back catalogue."

The documentary, which aired in the US last week and on Channel 4 this week, has already garnered a huge reaction by viewers, but now radio stations around the world say they are currently in the process of banning any and all Michael Jackson songs.

Some stations made the announcements via Twitter, and others made official statements:

After watching #LeavingNeverland, we have banned Michael Jackson from our radio stations. This is out of respect for not only his victims, but all victims of sexual abuse.

Three Canadian radio stations all simultaneously put in place their ban, with a spokesperson for the stations stating: "We are attentive to listeners’ comments, and last night’s documentary created reactions."

That's it. We're joining the ban as well. And cancelling our Michael Jackson Tribute we were planning for this weekend. https://t.co/cyHaTiNj1m 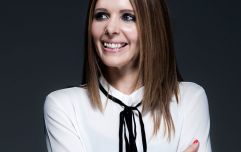 END_OF_DOCUMENT_TOKEN_TO_BE_REPLACED

Two of New Zealand's biggest radio stations made a similar move, telling The New York Times: "We aren’t deciding whether Michael Jackson is guilty of pedophilia or not. We’re just merely trying to make sure that our radio stations are going to play the music that people want to hear."

popular
QUIZ: Test your knowledge with this Ultimate Friends Character Quiz
House Of The Dragon is already better than Game Of Thrones
The 50 most iconic songs of all time* have been revealed
Amazon Prime Video has just added 20 very big movies to its library
Details of cash payments and Christmas bonus outlined in Sinn Féin’s alternative budget
People think they've figured out the ranking of the viewers on your Instagram Stories
Netflix has dropped the trailer for their latest thriller from the creator of The Haunting of Hill House
You may also like
10 months ago
Louise McSharry to leave RTÉ 2FM after 11 years of broadcasting
2 years ago
Sarah McInerney returns as RTÉ announces new autumn schedule
2 years ago
Ivan Yates to retire from television and radio broadcasting
2 years ago
Brendan O'Connor to take over Marian Finucane's mid-morning weekend show
2 years ago
Christmas FM to return to the airwaves on 28 November
3 years ago
Muireann O'Connell nominated for two IMRO awards two months after Today FM exit
Next Page