Incredible news for anyone that was a teenager in the 1990s.

MTV is about to rebrand VH1 Classic as MTV Classic, and bring back some of the network's favourite shows from the 1990s. 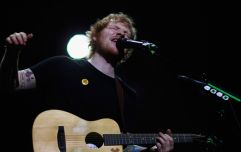 END_OF_DOCUMENT_TOKEN_TO_BE_REPLACED

President of MTV Sean Atkins said in a statement: "From Beavis & Butt-Head to Laguna Beach, MTV’s programming vault is a music and pop culture goldmine with universal resonance.

"MTV Classic gives audiences a modern and artful home for classic MTV programming and – alongside MTV, MTV2, MTV Live and mtvU — rounds out a diverse portfolio with music and youth culture at its core."

House of Rugby Ireland · Munster can't beat Leinster, Six Nations squad and John Cooney interview
popular
Holly Willoughby criticises influencer for travelling to Dubai during pandemic
Vials of Covid vaccine in Louth and Meath area dumped as they weren't stored properly
Here are the best movies on TV tonight
QUIZ: Can you name all of these countries just from one of their cities?
New Zealand set to close its borders for the entirety of 2021
Leo Varadkar says if Ireland introduced mandatory hotel quarantine, it would have to do so for a year
Lidl to open six new stores and create 1,200 jobs in Ireland over the next year
You may also like
2 years ago
PERSONALITY TEST: Which Father Ted priest are you?
4 years ago
The 15 people that you see in every Irish 5-a-side team
4 years ago
PICS: Emily Ratajkowski was on the pints in Dublin last night
4 years ago
PICS: Adidas have done very well with their retro Man United gear
4 years ago
Colin Farrell has won an extremely NSFW award for a steamy role we've all forgotten about
4 years ago
New Zealand hit by 7.1 degree earthquake off their coast
Next Page