R. Kelly has not watched the docu-series about him, according to reports

The series has gathered a lot of attention since its release.

The internet has been talking about the documentary that followed the life of the controversial singer R. Kelly that was released recently.

Surviving R. Kelly takes a deep dive into the life of the legendary R&B singer, and the horrendous crimes that he has been accused of committing throughout his career. 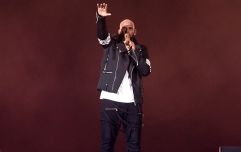 END_OF_DOCUMENT_TOKEN_TO_BE_REPLACED

Various women come forward in the series, making allegations that they were sexually abused by Kelly over a number of years.

He has not offered a public response to the documentary, while TMZ have reported that he has not watched it yet, but that he is "disgusted" by the gruesome details unearthed in the docu-series.

TMZ claim that this is why he has refused to watch a single minute of it.

Reportedly, he also believes the documentary is merely a “vendetta” against him, as opposed to a call for justice for those he allegedly tormented.

EGOT winner John Legend featured in the documentary, and was extremely critical of Kelly, describing him as a "serial child rapist".

To everyone telling me how courageous I am for appearing in the doc, it didn't feel risky at all. I believe these women and don't give a fuck about protecting a serial child rapist. Easy decision.

The Big Reviewski || JOE · The Big Reviewski with Dune, a mini-Hangover reunion & the best of Timothée Chalamet
popular
WhatsApp to stop working on 53 phone models, including iPhone 6
Updated Status Orange warning issued for three counties as heavy rain to continue
New true crime documentary series from Netflix looks gripping
Clashes between protestors and private security as tenants removed from Dublin property
PICS: The man with the biggest penis in the world has one unbelievable problem with it
The 50 most iconic songs of all time* have been revealed
Alec Baldwin could face criminal charges over fatal film set shooting
You may also like
1 month ago
R Kelly convicted of racketeering in sex trafficking trial in Brooklyn
2 years ago
R. Kelly to stand trial next year
2 years ago
R Kelly has been arrested on federal sex trafficking charges
2 years ago
A new Lifetime documentary on R. Kelly will air next month
2 years ago
Judges will allow cameras in the courtroom for R. Kelly's sex abuse trial
2 years ago
WATCH: The parents of one of R. Kelly's live-in girlfriends discuss his relationship with their daughter
Next Page