REWIND: Nirvana Unplugged turns 21 - JOE ranks the 5 best songs from one of music's most poignant albums

Nirvana's fabled MTV Unplugged set was recorded in November 1993 and released to the public as an album in 1994. Almost midway between these two dates, Kurt Cobain fatally shot himself in the head.

Throughout the concert, every crack in Cobain's voice, every time his fingers fumble at the strings, every syllable sung through gritted teeth is informed by whatever demons that drove him to take his own life. In that sense, it is almost impossible to divorce these threadbare, beautiful performances from Cobain's death.

Many of Nirvana's hit songs, tracks  like Smells Like Teen Spirit, In Bloom and Heart-Shaped Box were omitted from the setlist.

END_OF_DOCUMENT_TOKEN_TO_BE_REPLACED

There was no pit of bruised bodies, drunkenly bashing into one another, too engrossed in the frantic energy of it all to notice a note out of place or the strain of untrained vocal chords. Insecurity and fears of imperfect permeated Cobain's performance,  promising the crowd he was about to screw up before two different songs.

Cobain cast aside his comfort zone in a final offering of vulnerability to a world that ached to know him better than it would ever get the chance to. 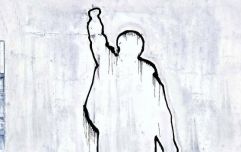 END_OF_DOCUMENT_TOKEN_TO_BE_REPLACED

In his suicide note, Kurt thanked his fans from 'the burning pit of his stomach', making reference to a chronic and undiagnosed stomach problem that dogged him throughout his band's short life. Once the grungy, electric fuzz of his guitar is stripped away, the moshing fans confined to plush, theatre seats - all that's left is a young man howling at the moon, each cry a vain attempt to exorcise the pain that was soon to claim his life.

Nirvana were stripped naked, shrouded in nothing, and yet more beautiful than ever. We've forced ourselves to make Sophie's-Choice-on-steroids and pick the five most memorable performances from Nirvana's Unplugged set.

Come As You Are

Nirvana's Unplugged set largely avoided their most megalithic hits to date, but Kurt and the gang made an exception for this stripped down version of Come As You Are. The song's droning refrain of 'And I swear that I don't have a gun' is twice as haunting without the fantastical buffer of recording studio magic. This was real. This was Kurt Cobain, lying to a crowd through gritted teeth. The gravity of such a performance is irresistible. 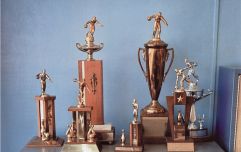 END_OF_DOCUMENT_TOKEN_TO_BE_REPLACED

The version of Polly that features on Nevermind is a sullen song is made even more exhausted by Cobain's breathless delivery in this rendition. Accompanied by Dave Grohl's backing vocals and the lush sounds of Lori Goldston's cello, the haunting vibe of the song is amplified to a creepy crescendo.

Nirvana open the set with a stirring performance of About A Girl. Even in its initial incarnation, About A Girl is the closest thing grunge ever had to a lullaby. Here, Krist Novoselic's bassline overpowers Kurt's restrained, croaky vocals, making for a warm sort of melancholy that marks the commencement of perhaps the most emotive and eye-opening performance of the band's short time together.

The Man Who Sold The World

Because of the upheaval that was so soon to follow, the force of this album came from two places. There is the immediate impact of the music and the more insinuative intrusion of Cobain's suicide. The band's faithful rendition of this Davie Bowie song is steeped in the latter. Cobain's hollowed-out vocals against the climbing bass-line would be hard to listen to were the song not so artfully crafted.

Often mentioned alongside Johnny Cash's 'Hurt' as a cover that undeniably dethrones the original, Nirvana's rendition of The Man Who Sold The World is heartfelt as it is heart-wrenching.

Where Did You Sleep Last Night/In The Pines

The show concludes with Kurt's cold, unnerving performance of the American folk song 'In The Pines'. The song tells the story of a man decapitated by a train in Georgia. Throughout his rendition, it is very clear that Kurt is embodying the theme of the song, engaged with the darkness at its most raw level.

Before the final two syllables of the song, Kurt stares into the crowd as though he is himself gazing into the headlights of an oncoming train, drawing to a close one of the most poignant and powerful moments, and lives, in musical history.