The decision was taken following a special Covid-19 cabinet meeting on Monday.

All planned parades to celebrate St. Patrick's Day have been officially called off following an emergency cabinet meeting on Monday afternoon.

Prior to the meeting, parades around the country, including Sligo, Cork and Dublin, announced cancellations due to concerns and continued uncertainty over the spread of the Covid-19 coronavirus, following the example set by Youghal on Friday.

END_OF_DOCUMENT_TOKEN_TO_BE_REPLACED

Caretaker Taoiseach Leo Varadkar confirmed shortly after 5pm on Monday that all nationwide St. Patrick's Day parades have been called off in response to a situation he referred to as "unprecedented in modern times".

Varadkar also noted that "life must go on", though he urged the general public to scale back on social gatherings where possible.

"We must act together to protect our families and communities," McDonald stated on Twitter.

Meeting of party leaders just concluded. We will meet twice weekly to consider Coronavirus containment plans. The responsible call on St Patrick's day has been made. We must act together to protect our families and communities #coronavirus

END_OF_DOCUMENT_TOKEN_TO_BE_REPLACED

Following the "informative" assembly, Fianna Fáil leader Micheál Martin called on the public to do its part regarding the epidemic.

"This virus is a very serious issue for the whole country and everyone has their part to play in delaying its spread and helping to protect our communities," Martin said, before thanking Health Service Executive (HSE) staff for their continued efforts.

Informative meeting this afternoon with other party leaders and the Chief Medical Officer regarding #coronavirus #COVID19 This virus is a very serious issue for the whole country and everyone has their part to play in delaying its spread and helping to protect our communities.

Speaking on RTÉ Morning Ireland on Monday, acting Minister for Health Simon Harris noted that there is a moderate to high risk of the outbreak in Ireland following a similar pattern to European countries such as Italy, which currently has over 7,300 confirmed cases just weeks after the first emergence was recorded. 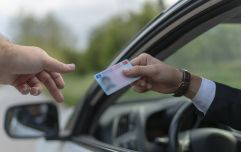 The expiry dates of driving licences has been extended again

END_OF_DOCUMENT_TOKEN_TO_BE_REPLACED

Harris also reinforced the severity of Covid-19 and warned that any decisions made will be made on public health grounds rather than political ones.

“Ireland is at an early stage of progression here compared to other European countries,” he said.

“There is a moderate to high risk we will follow a pattern seen in other EU countries and that's what we're preparing for and what we're working around the clock for."

The Taoiseach has cut his planned St. Patrick's Day trip to America short in order to address the coronavirus situation at home.

Varadkar will travel to Washington, D.C. on Wednesday, having initially been scheduled to fly out to New York - where a state of emergency has been declared - on Tuesday.

As of Sunday evening, there are 21 confirmed instances of Covid-19 in the Republic of Ireland and 12 in Northern Ireland, with over 111,000 cases recorded worldwide.

Speaking on Monday, World Health Organisation Director-General Tedros Adhanom Ghebreyesus underlined that the threat of coronavirus as a pandemic is "very real" while simultaneously sounding a note of encouragement.

"Now that the coronavirus has a foothold in so many countries, the threat of a pandemic has become very real," Ghebreyesus said.

"But it would be the first pandemic in history that could be controlled. The bottom line is - we are not at the mercy of this virus."

The WHO Director-General highlighted the importance of "early, decisive action", adding that "most" people who are infected are expected to recover.

"The great advantage we have is that the decisions we all make - as governments, businesses, communities, families and individuals - can influence the trajectory of this epidemic.

"We need to remember that with decisive, early action we can slow down the coronavirus and prevent infections. Among those who are infected, most will recover. Of the 80,000 reported COVID-19 cases in China, more than 70% have recovered and been discharged."

Let hope be the antidote to fear.

Let solidarity be the antidote to blame.

popular
QUIZ: Can you identify these world cities on a map?
TOWIE star Mark Wright is officially the worst player on FIFA 21
Dublin beauty salon owner arrested after reopening for second consecutive day
Galway Lotto players urged to check their tickets for unclaimed December prize
The full list of all the new shows and movies coming to Netflix in March
10 years on, the ultimate example of Great Trailer Terrible Movie has yet to be topped
Johnson & Johnson one-shot vaccine safe and effective, FDA finds
You may also like
13 hours ago
Government looks set to abandon €9 substantial meal rule this year
16 hours ago
Government announces changes to the order people will receive vaccines
1 day ago
Level 5 restrictions to remain in place until 5 April
1 day ago
45 further Covid-19 deaths confirmed, 575 new cases
1 day ago
Met Éireann issues weather warning for all of Ireland
1 day ago
Appeal made for witnesses following serious road crash in Kerry
Next Page