Baby spends days in hospital because of cryptosporidium

The baby was very sick.

Cryptosporidium in the water in Sligo has resulted in a baby being admitted to Sligo University Hospital.

A group called Lough Talt Water Warriors posted a statement on Facebook which read: "I was contacted by the mother of this little girl today. With her permission I'm posting this picture to let you know why you should still be boiling your water.
Cryptosporidium is still present and very, very real according to SUH (Sligo University Hospital) records." 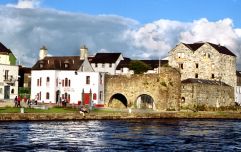 END_OF_DOCUMENT_TOKEN_TO_BE_REPLACED

The post was accompanied by a rather disturbing photo showing a baby in a hospital cot alongside her doll.

"The little lady is home from hospital, but was very ill," they confirmed. "After lots of tests it was an astute nurse who linked the address to the crypto."

At present, there is a boil notice affecting 13,000 homes served by Lough Talt. This includes the towns of Tubbercurry and Ballymote, a large rural hinterland including the villages of Annagh, Aclare, Bellaghy, Curry, Lavagh, Ballanacarrow, Carrowneden, Kilmacteige and Coolaney.

A 2007 outbreak of Cryptosporidium resulted in 120,000 people being forced to boil their water for five months, at a cost of €19m.

According to the HSE: "Cryptosporidiosis is a diarrhoeal disease caused by a microscopic parasite (Cryptosporidium). Once an animal or person is infected, the parasite lives in the intestine and passes in the stool. The parasite is protected by an outer shell that allows it to survive outside the body for long periods of time and makes it very resistant to chlorine-based disinfectants."

It is contagious, and is especially dangerous for anyone with a weak immune system.

The symptoms of the illness include:

House of Rugby Ireland · Quinn Roux on finding a home in Ireland and Mike McCarthy brings the absolute HEAT!
popular
Joe Exotic fails to receive pardon from US president Donald Trump
Government abandons plans to reopen schools for children with special educational needs
Joe Exotic has limo waiting as he expects presidential pardon from Donald Trump
Joe Biden quotes James Joyce in farewell speech in Delaware
Irish punters could turn €0.98 into hundreds of millions* with a bet on the Super Jackpot
QUIZ: Can you name all the teams in the NBA from their locations?
5 upcoming movies about the end of the world
You may also like
2 months ago
US software company to create 200 jobs in Galway
3 months ago
QUIZ: How well do you know the towns and villages of Galway?
3 months ago
Senator calls on the army to assist the Gardaí following large gatherings in Galway
3 months ago
Crowds in Galway “dispersed without incident”, say Gardaí
3 months ago
Senator describes scenes of large crowds gathered in Galway as “simply unacceptable”
3 months ago
Man rescued from River Corrib this morning
Next Page