He also accuses the Irish government of 'oversimplifying' the border issue.

David Davis is a British Conservative Party politician and the former Secretary of State for Exiting the European Union, so he is, you would imagine, about as intimately aware of the delicate nature Brexit might have between Ireland and the UK.

Like that time he seemed to think that Ireland was part of the UK, or the time he proved he actually knew very little about the stances of the Irish political parties. 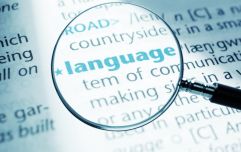 END_OF_DOCUMENT_TOKEN_TO_BE_REPLACED

Having said that, during an interview with Sky News' Sophy Ridge on the topic of the potential impact Brexit might have on Ireland, he accused the Irish government (and the commission) of attempting to oversimplify the situation, by looking for a 'sweeping political answer'.

David Davis says he thinks the Irish border is an exaggerated and oversimplified issue when it comes to Brexit negotiations #Pledge pic.twitter.com/QOO0kskbOc 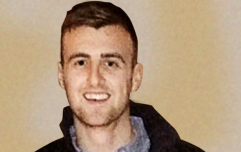 END_OF_DOCUMENT_TOKEN_TO_BE_REPLACED

Later in the same interview, Davis is asked if he would accept a longer transition to get issues like the Irish border right, and replies "We don't need one, we literally don't need one."

Considering this has come just hours after Boris Johnson declared that "What we need to do is build a bridge between our islands. Why don’t we? Why don’t we?"

Twitter was quite to point out some of the issues with Davis' stance:

Exaggerated AND oversimplified?? So he thinks it’s not as important, but much more complicated, than the public realise? pic.twitter.com/qnUy9bu2Oa

What a donkey! 1. Did he just say that the people that are over simplyifing the NI border are the EU and the ROI..🤔

fact check: If you walk into any business in Ireland with Sterling, they'll direct you to the nearest Bureau de Change. You CANNOT pay for anything in the Reublic with Sterling. As for the North, some businesses do accept Euro, but far from all of them, and mostly near the border

popular
Parents left in shock after gorillas start mating in front of kids at zoo
Conor Mcgregor hit by car ‘at full speed’ while cycling
Harvard study reveals how many times men should ejaculate each month to stay healthy
Colin Farrell shouldn't win the Oscar this year
The JOE Friday Pub Quiz: Week 331
DJ accidentally shoots herself in the face with a confetti cannon while performing
Netflix has just added one of the best sci-fi movies of recent years
You may also like
1 week ago
Let The Wrong One In feels tailor-made for midnight screenings
1 week ago
Tackling binge drinking and finding ways to reduce alcohol intake
1 week ago
Irish citizen onboard crashed Nepal plane named locally as passenger search continues
2 weeks ago
"Hopefully it was a catalyst to get lads talking" - Greg O'Shea on Late Late Show appearance
2 weeks ago
The Irish passport is among the most powerful in the world, new data shows
3 weeks ago
Ex-Premier League player arrested after being 'found with €4,500 of cocaine' in Dublin
Next Page