Good morning! A decisive victory for either Joe Biden or Donald Trump is out the window so this race will rumble on for some time.

But so far several key US states have gone to Donald Trump including Florida and Texas.

That hasn’t stopped Trump from falsely accusing Joe Biden of trying to ‘steal the election’, saying that ‘votes cannot be cast after the polls closed’. 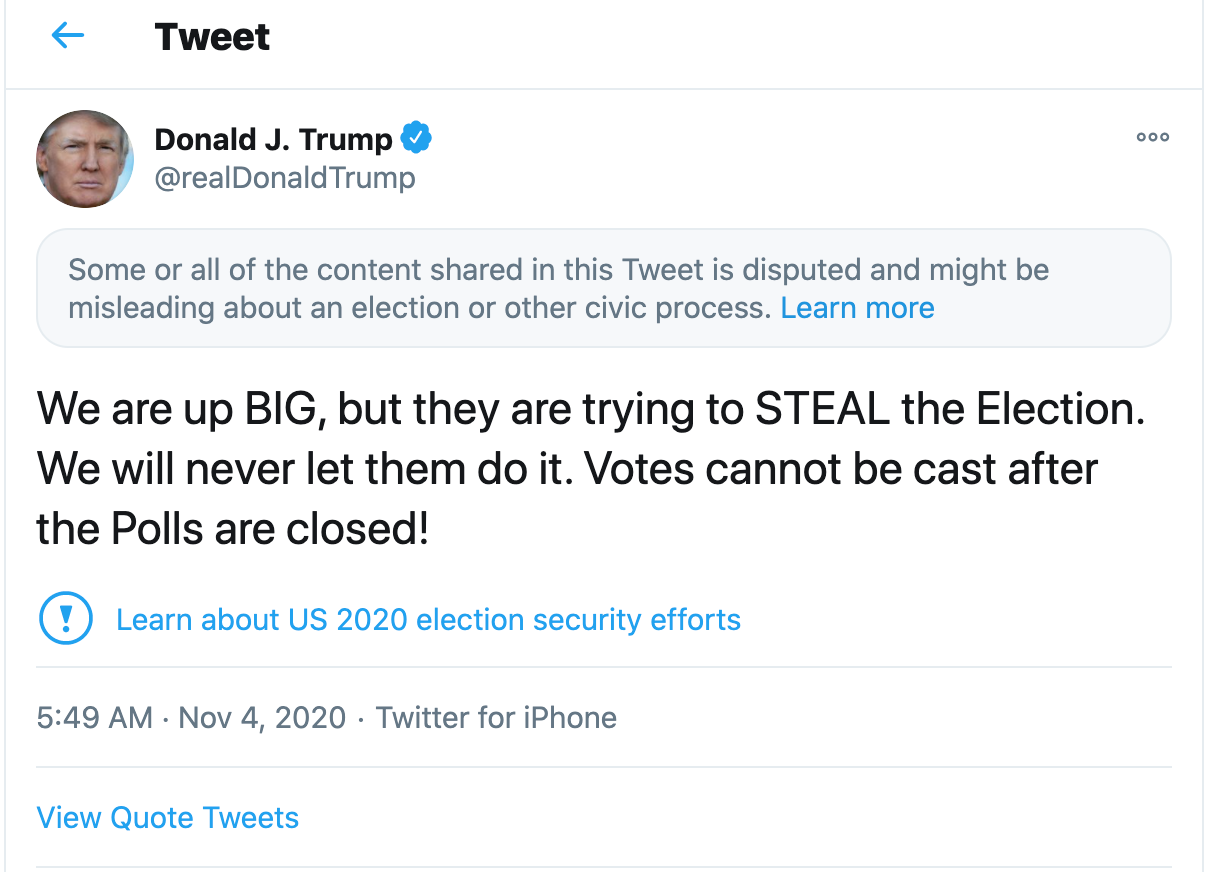 270 electoral college votes will win the presidency. As we write, Biden is projected on 220, Trump 213.

In key battleground states, Donald Trump has a narrow lead in Georgia, a wider lead in Pennsylvania and in Wisconsin.

Joe Biden leads in Arizona with over 80% of votes currently counted.

It’s a state that Trump won in 2016 and Fox News has called it for Biden.

The right-wing news network has been a favourite of Trump’s for most of his presidency.

He is expected to address the public soon when he may prematurely declare victory.

popular
Schools and third level institutions to remain closed in counties affected by orange or red weather warnings
These are the most generous counties in Ireland, according to GoFundMe
Dart+ West reaches "crucial milestone" on road to transforming Dublin rail network
Woman in her 90s dies following road crash in Clare
Schools affected by Storm Barra expected to reopen tomorrow, says Minister
Amazon Prime Video has quietly added 8 big new movies to its library
A fun action flick with Nicolas Cage is among the movies on TV tonight
You may also like
7 months ago
Donald Trump "100%" thinking of running for US President again in 2024
8 months ago
Donald Trump is reportedly creating his own social media platform
9 months ago
New footage from Capitol Hill riots shows rioters chanting "Hang Mike Pence"
10 months ago
Donald Trump hints at potential second term as he officially leaves White House
10 months ago
Joe Exotic fails to receive pardon from US president Donald Trump
10 months ago
Pardonpalooza: Donald Trump planning 100 pardons on last day of presidency
Next Page