It is a temporary move, however.

The big talking point was Trump's assault on CNN reporter Jim Acosta, in which the American President labelled Acosta a "rude, terrible person".

END_OF_DOCUMENT_TOKEN_TO_BE_REPLACED

"CNN should be ashamed of themselves having you working for them," said Trump.

"You are a rude, terrible person, and you shouldn't be working for CNN."

Another journalist stood up for the victim of the verbal attack, claiming that Acosta was a diligent reporter, to which Trump replied: "Well, I'm not a big fan of yours either".

He also described CNN as "the enemy of the people".

Watch this extremely heated exchange between President Trump and CNN's Jim Acosta in which Trump walks away from the podium, then tells Acosta he's a 'rude, terrible person' pic.twitter.com/PjoJSUAhyT 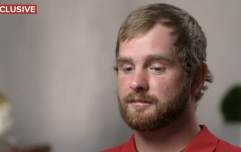 END_OF_DOCUMENT_TOKEN_TO_BE_REPLACED

In the fallout, Acosta was barred from re-entering the White House. CNN responded with a lawsuit against the Trump administration.

Their official statement demanded the swift return of Acosta's credentials. In response, the White House issued a statement of their own, vowing to "vigorously defend" against the lawsuit. 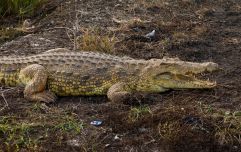 END_OF_DOCUMENT_TOKEN_TO_BE_REPLACED

As of Friday afternoon, the matter has been settled to some degree.

CNN reports that federal judge Timothy J. Kelly ruled in favour of the news organisation with regards to the return of Acosta's press pass in the form of a temporary restraining order of the ban.

Their lawsuit alleges that CNN and Acosta's First and Fifth Amendment rights are being violated by the suspension of Acosta's press pass.

Judge Kelly, who was appointed to his position by Trump in 2017, did not provide a ruling on the overall case, but his temporary action allows Acosta access to the White House for a "very limited" period of time.

Despite this, the White House may still seek the right to again revoke the pass.

"Let's get back to work," offered Acosta in a short statement outside the court on Friday.

CNN issued a longer missive of their own, saying that they are "gratified" with the result and look forward to "a full resolution" in the coming days.

"Our sincere thanks to all who have supported not just CNN, but a free, strong and independent American press," the statement added.

CNN is seeking "permanent relief", meaning an official declaration from the judge that the removal of Acosta's credentials was unconstitutional.

That declaration could lead to the prevention of similar blocks for journalists.