Authorities in Turkey were left stunned when a man turned up at a search party to find himself, thinking he was helping the group search for someone else.

According to local media organisation NTV, 50-year-old Beyhan Mutlu had been drinking with friends in the rural neighbourhood of Çayyaka near the city of İnegöl when he wandered into the woods and never came back.

END_OF_DOCUMENT_TOKEN_TO_BE_REPLACED

Fearing for his wellbeing, his friends called the police who rang search and rescue teams to help locate Mutlu.

As word spread of his disappearance, residents from the neighbourhood were quick to join the search efforts.

However, it turned out that one of those who joined the search party was Mutlu himself.

It was only as those searching for him began to call out his name that Mutlu asked: "Who are we looking for? I am here."

Cue surprise and shock from all concerned.

A tweet from a Turkish news organisation said that Mutlu "searched for himself for hours." 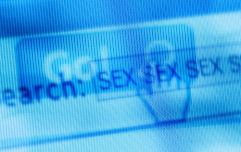 END_OF_DOCUMENT_TOKEN_TO_BE_REPLACED

It is not clear how Mutlu managed to not realise that he was the one being searched for – or even that his friends didn't recognise him in the search party.

All's well that ends well though, as the man was escorted home by police before they had to write surely one of the more bizarre reports of their careers.

popular
Two cases of new Covid variant confirmed in Ireland
Belgium becomes first nation to introduce compulsory monkeypox quarantine
QUIZ: If you get 15/15 in this General Knowledge quiz, give yourself a pat on the back
Coleen Rooney 'confident she's won' Wagatha Christie trial against Rebekah Vardy, according to reports
Met Éireann issue warning for potato blight this week
The JOE Movie Quiz: Week 155
The JOE Friday Pub Quiz: Week 295
You may also like
3 months ago
30 years ago, Arnie's biggest prank ended with Stallone's biggest flop
3 months ago
China gives Fight Club a new ending, manages to completely change the plot of the movie
5 months ago
Who tweeted it: Simu Liu or Rahul Kohli?
8 months ago
WATCH: The interview between Niall Horan and Lizzo is an absolute flirt-fest
9 months ago
Why improv comedy is the exact night out we all need right now
1 year ago
Adam Sandler reunites with IHOP hostess who turned him away
Next Page