Large turnout in Dublin for protest over planned hotels

A coffin with "RIP Culture" written on it was carried to the offices of Dublin City Council.

Thousands of people have taken to the streets in Dublin's city centre as part of a protest seeking to challenge the continued removal of public spaces within Ireland.

Though the protest was sparked over separate proposed plans to develop hotels atop two of the capital's most renowned existing sites – Merchant's Arch in Temple Bar and the Cobblestone pub in Smithfield – Saturday afternoon's demonstration also took aim at the ongoing housing crisis in Ireland. 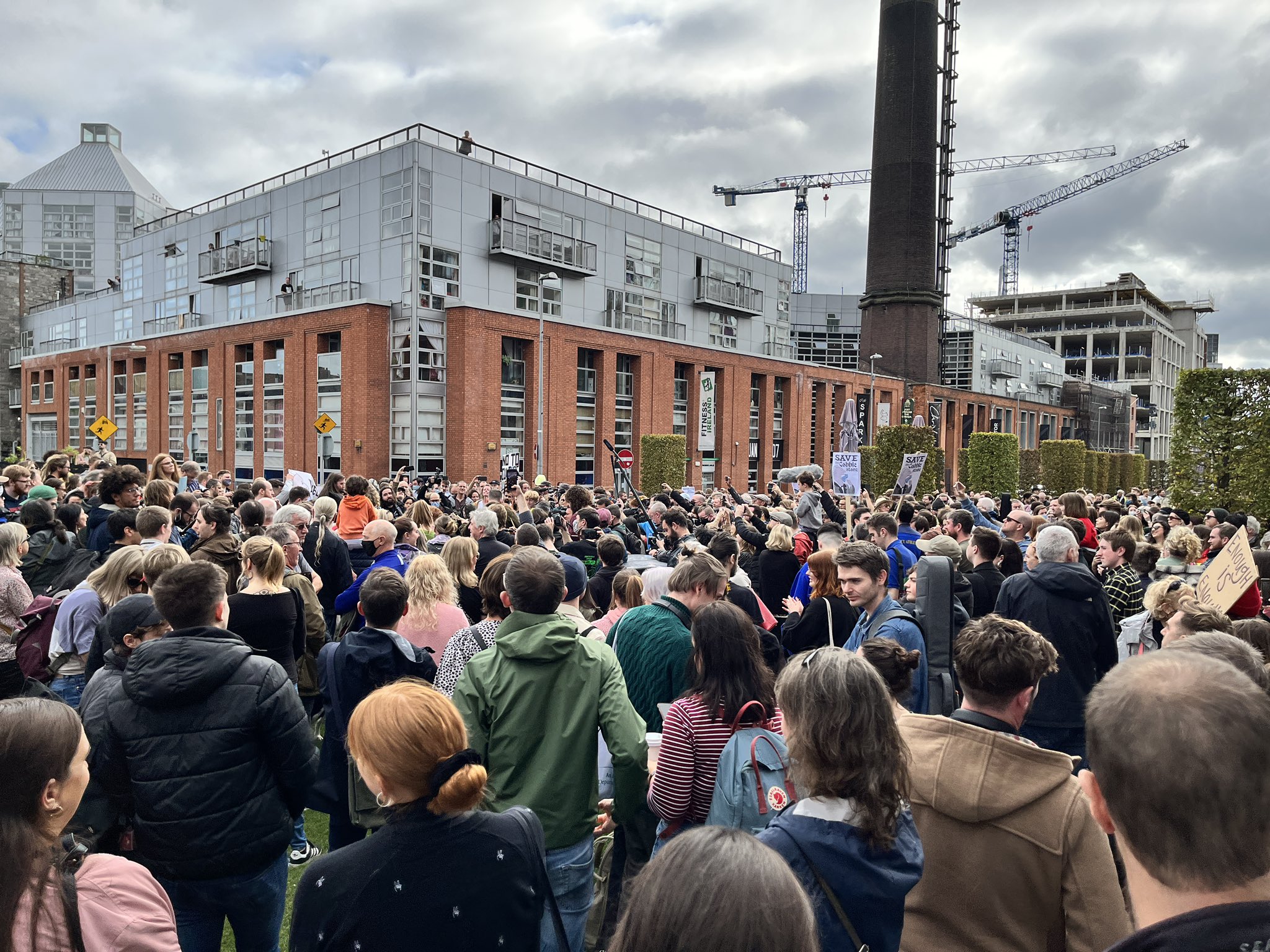 END_OF_DOCUMENT_TOKEN_TO_BE_REPLACED

Protestors gathered in Smithfield Square at 1pm before heading towards the offices of Dublin City Council.

Spotted amongst the usual signs and standing out beyond chants of "homes, not hotels" and "culture, not vultures" was a coffin with "RIP Culture" emblazoned across its side. 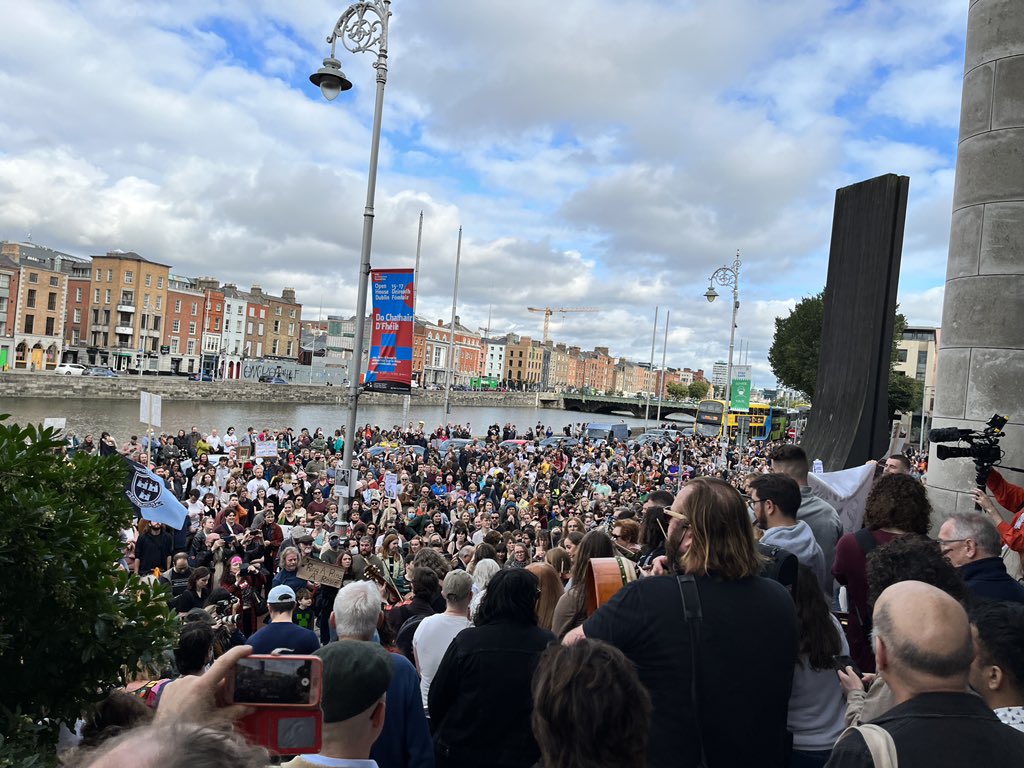 END_OF_DOCUMENT_TOKEN_TO_BE_REPLACED

It is estimated that between two and three thousand people took part in Saturday's march.

Labour Party senator Marie Sherlock was among those in attendance, noting on Twitter that Dublin needs to retain its remaining cultural institutions while there is still the opportunity to do so.

"We cannot allow commerce [to] trump culture in our city," Sherlock added.

Dublin we need to hold onto the few cultural institutions that we have left!

We cannot allow commerce trump culture in our city.

END_OF_DOCUMENT_TOKEN_TO_BE_REPLACED

It is the second major protest to take place in the capital in as many days.

On Friday, several thousands of people affected by the Mica scandal in Donegal marched through Dublin's city centre in order to demand a 100% redress compensation scheme from the government.

Saturday's demonstration, meanwhile, saw several musicians perform throughout in a bid to remind authorities of the importance and tradition of Irish culture, culminating in a session on the steps of Dublin City Council.

There were emotional scenes when a member of the Mulligan family, who have run the Cobblestone pub in Smithfield for decades, addressed the crowd.

"My dad's been in the pub 30 years now and we just can't see it go," said Méabh Mulligan.

"It's just amazing to see all our family, our friends, people that we don't even know here. It's amazing to see the impact that the pub has had on Dublin and all of Ireland and I just can't thank you all enough."

One of the Mulligan family - owners of @CobblestoneDub pub. ❌🏨 pic.twitter.com/KaW5heSIKO