Emily Atack has spoken out about the barrage of sexually explicit messages and pictures she receives on a daily basis in a tell-all interview with The Times.

The Inbetweeners star, who is single and lives alone in London, says men frequently send her images of their genitals along with graphic, often violent descriptions of what they’d like to do to her.

END_OF_DOCUMENT_TOKEN_TO_BE_REPLACED

One regular messenger has even given himself the online moniker “Emily Atack Makes Daddy Dirty” and will be in touch with the actor and comedian on a frequent basis.

Atack, who played Charlotte in the cult series The Inbetweeners and was runner-up in the 2018 edition of I’m A Celebrity… Get Me Out of Here!, now has her own ITV2 programme, The Emily Atack Show, mixing sketches with material from her live stand-up comedy shows.

She relies on social media to grow her audiences and her own profile but has had to accept the barrage of nastiness that comes with it.

The problem got particularly severe during the pandemic when the volume of explicit and extreme messaging flooding her DMs went up and made her feel "isolated, vulnerable and alone". 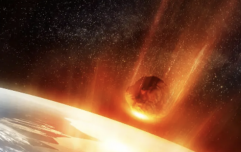 Huge asteroid is set to pass the Earth this week

END_OF_DOCUMENT_TOKEN_TO_BE_REPLACED

According to the campaign group End Violence Against Women, one in five women has experienced online harassment and abuse, while a June 2022 report by the Victims’ Commissioner reported that one in four women has experienced cyber flashing – being sent sexual images, aka dick pics, without consent.

Jess Phillips, the deputy Labour leader, said she has also been the target of vile messages, receiving more than 600 rape threats in just one night in 2018.

END_OF_DOCUMENT_TOKEN_TO_BE_REPLACED

“It just feels overwhelming,” she says. "To have all these people messaging me about the ways they would or wouldn’t rape me, and just to have to always take it – it’s tiring.”

The MP for Birmingham Yardley said social media is partly to blame for the problem but points out that it didn't create the problem.

“The Andrew Tates, this new breed of online misogynists, what they have is a platform bigger than anyone’s ever had before,” she said. “But what they certainly didn’t do is invent misogyny.”

A new documentary starring Atack called 'Emily Atack: Asking For It?' will air on BBC2 on Tuesday, January 31st, at 9 pm.

popular
New Netflix series deserves to be as big as Stranger Things
BBC apologises after calling Paul Mescal 'British' in Oscar coverage
Netflix has just added one of the best sci-fi movies of recent years
This is what the cheapest house for sale in Dublin looks like
Couple left unable to eat or drink after spending €4k on 'Turkey teeth'
Irish names among the top 10 hardest words for British people to pronounce
Barry Keoghan mentioned in UK Parliament speech during government debate
You may also like
8 years ago
Pic: There's an exact replica of The Inbetweeners' yellow car for sale in Mayo
9 years ago
JOE and Corona help you Find Your Beach – You and the lads are off to Crete
9 years ago
And they’re back – The Inbetweeners sequel is confirmed
1 week ago
New weather warning issued for entire country as temperatures set to fall to -4 tonight
1 week ago
Investigation launched after burglary at Hugo Boss store on Grafton Street
1 week ago
Jeremy Clarkson 'axed as host of Who Wants To Be A Millionaire'
Next Page