Energia to create up to 5,000 jobs with €3 billion investment in renewable energy projects in Ireland

This investment could create up to 5,000 new jobs over the next five years.

Energia announced on Monday that they will be investing over €3 billion into renewable energy technology and infrastructure around Ireland.

This investment is predicted to generate as many as 5,000 construction jobs over the next five years, as well as an additional 200 direct jobs at the company's new offices in Blanchardstown in Dublin. 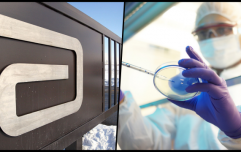 END_OF_DOCUMENT_TOKEN_TO_BE_REPLACED

The new investment will focus on onshore and offshore wind farms, solar power, hydrogen fuel generations, bio energy facilities, and the smart grid, which is an electrical grid that includes a variety of operation and energy measures including smart meters, smart appliances, renewable energy resources, and energy efficient resources.

This would be in line with the government's commitment to increase renewable energy sources to 70% by the year 2030, as opposed to the current level of just 30%.

Energia Group CEO Ian Thom said: "Our decision to invest over €3 billion in renewable technology and energy infrastructure in the coming years is a clear signal of our intent to build on our continuous commitment to Irish communities, the economy and the sustainability of Ireland's energy supply while contributing decisively to decarbonisation and the protection of our domestic and global environment."

END_OF_DOCUMENT_TOKEN_TO_BE_REPLACED

Minister for Communications, Climate Action and Environment Richard Bruton responded to the announcement with the following statement:

"We are committing to generating 70% of our electricity from renewable sources by 2030 under the Climate Action Plan. Decarbonising our electricity supply is crucial to all the changes we are making as we make the transition away from fossil fuels.

"The move to electric vehicles for example, will only be effective if the electricity being used has been generated from renewable sources. This investment by Energia, will boost Ireland's capacity, with over €3 billion being invested in onshore and offshore wind, solar, hydrogen fuel generation and bio-energy facilities."

popular
Welder awarded €15,000 for unfair dismissal despite admitting to drinking alcohol before work
Netflix has just quietly added 30 big movies to its library
10 years ago today, the scariest movie ever made (according to science) was released
One woman dead and four injured after separate crashes in Clare and Mayo
Amazon Prime Video has just added 37 big movies to its library
Netflix reveals full line-up of new shows and movies arriving in October
Man in his 40s dies following assault at funeral in Kerry
You may also like
1 month ago
If you're looking for a new job, this could be the perfect opportunity for you...
2 months ago
5,000 jobs in Australia for Irish workers on offer at job fair next week
2 months ago
Bar in Dubai is after Irish people for "all expenses paid" work
4 months ago
Workplace Relations Commission awards largest-ever payout in history
5 months ago
Government launches recruitment drive for 27,500 construction workers over five years
5 months ago
Over half of Irish workers believe a four-day working week is coming very soon
Next Page