He said he has demanded a report into the incident.

Minster for Housing Eoghan Murphy has said he was "saddened to hear of the incident by the canal" where a homeless man was left with life-changing injuries after the tent he was sleeping in was removed by an industrial vehicle.

The incident took place at the Wilton Terrace/Leeson Street junction along the banks of the Grand Canal. 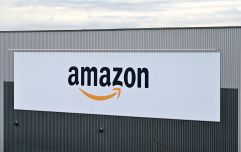 END_OF_DOCUMENT_TOKEN_TO_BE_REPLACED

In a statement on social media, Murphy wrote: "I was saddened to hear of the incident by the canal yesterday.

"My thoughts are with this poor man as he recovers in hospital. I’ve demanded a full report into the incident which is under Garda investigation. My campaign poster which was located at the scene has been removed."

The tent was removed during works by Dublin City Council and Waterways Ireland on Tuesday afternoon with DCC saying it was "placed in a precarious and dangerous location."

The man is understood to have underwent surgery in St Vincent's University Hospital and is said to be in a serious condition.

Dublin City Council said the Dublin Regional Homeless Executive is currently liaising with the hospital and "every support is being provided" to the injured man.

The DRHE said they had been engaging with the man for some time and said "accommodation remains available to him."

A Garda investigation into the incident is being carried out.