The water quality in the river bodies is described as "the worst of the worst".

The Environmental Protection Agency (EPA) published its report on the water quality in Ireland from 2013 to 2018 this week, finding that the overall water quality levels are deteriorating over that time.

In fact, the assessment shows that just 53% of Ireland's surface water bodies are of a satisfactory water quality.

The key findings from the assessment are as follows:

The following are the rivers with the lowest quality levels in the country, below the national average, with less than 40% of the river water bodies monitored in the following catchments of satisfactory ecological status:

"Ireland has made commitments to protect and improve water quality, under the Water Framework Directive and the National River Basin Management Plan 2018-2021. The aim of European and National Water Policy is to get polluted waters clean again, and ensure clean waters are kept clean.

"However, the findings of this report indicate that water quality is getting worse after a period of relative stability and improvement. We now have an increase in the number of the most polluted river sites, and the number of rivers in poor ecological health is also increasing. Positive trends reported previously by the EPA have reversed. Not only are we failing to improve overall water quality, we are also failing to prevent further deterioration of our rivers." 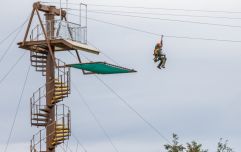 END_OF_DOCUMENT_TOKEN_TO_BE_REPLACED

In response to these findings, Mary Mulcahy, the co-founder of Ireland Waster Water, a wastewater treatment manufacturers based in Cork, said: "The stakes are high when it comes to public welfare and environmental protection. We have been in this industry for 20 years and while the quality of water in Ireland is good by international standards, it is clearing flagging as evidenced by this report, and we cannot afford to be complacent as there are still issues that need to be addressed with urgency.

"As with anything of this nature, the potential for environmental pollution and a negative impact on the health of the nation is great and, as contamination of water could have disastrous consequences for those affected, these issues need to be dealt with the gravitas they deserve. It is imperative that Government and the relevant bodies keep their foot on the gas when it comes to ensuring clean, safe water in this country in 2020 and beyond."

You can read the full EPA report right here.

The Big Reviewski || JOE · TBR Spotlight: Loki - Episode Two - 'The Variant'
popular
There are four big movies arriving in Irish cinemas this week
Simon Harris says colleges to offer online learning alternatives after September reopening
Simon Harris says Ireland is "just about ahead" in race between Delta variant and vaccines
Teenager arrested after pointing gun at woman and pulling trigger during attempted robbery in Drogheda
Matt LeBlanc has seen the memes of him as every Irish auld lad and very much enjoyed them
The 50 most iconic songs of all time* have been revealed
PICS: The man with the biggest penis in the world has one unbelievable problem with it
You may also like
1 day ago
242 new cases of Covid-19 reported across Ireland
1 day ago
It's official, these are the sunniest counties in Ireland
2 days ago
People all over Ireland enjoy the sunshine as temperatures soar on "hottest day of the year"
2 days ago
315 new cases of Covid-19 reported across Ireland
2 days ago
Britain and Ireland travel rules could be tightened over Delta variant concern, says Simon Coveney
2 days ago
Micheál Martin says extension of Northern Ireland protocol would be "problematic"
Next Page