The pleas of Tyrone native Michaella McCollum and Melissa Reid of being guilty of drug smuggling have been rejected by prosecutors in Peru.

Having been arrested for trying to smuggle 11kgs of cocaine out of the country last month, McCollum and Reid pleaded guilty of drugs trafficking in front of a judge on Tuesday in an effort to have their sentences reduced.

According to Sky News, prosecutors have rejected the pleas of both of the accused, with prosecutor Juan Rosas claiming that they did so because they have only accepted partial guilt for their actions. 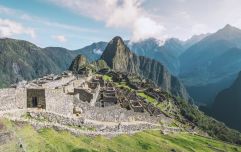 END_OF_DOCUMENT_TOKEN_TO_BE_REPLACED

"A new statement is required by the women and they will have to admit not only that they came here to traffic drugs but also that they did not tell the truth with respect to them being kidnapped, they have to make a full admission of responsibility for all of the charges brought by the prosecution," Rosas said.

Rosas and the prosecution team maintain that McCollum and Reid fabricated the story about being kidnapped and being forced to smuggle the drugs and that as long as they maintain that stance, it will take some time before a verdict is reached.

"If they continue to maintain this incredible version of events then the prosecution is not going to accept them taking advantage of a quick conclusion of proceedings," Rosas added.

Reid’s parents claimed recently that their daughter was telling the truth about the kidnapping and that the guilty pleas were made in an effort to resolve the case as quickly as possible.

A court hearing has been set for October 1 where both McCollum and Reid could learn of their sentence, with a guilty plea carrying a minimum sentence of six years and eight months.

popular
QUIZ: Can you name all the countries beginning with A?
Elderly Irish man stabbed to death on mobility scooter in London
Here's how to make €9-11 on Revolut in just a few minutes
New car-free town with population of 85,000 set to be built in Dublin
Galway City Council street cleaners claim Lotto jackpot worth over €5.5 million
Articulated lorry driver in his 20s dies in Tyrone
A terrific '90s crime drama is among the movies on TV tonight
You may also like
4 years ago
One Donegal village is going all out to support Peru throughout the World Cup
4 years ago
Peru supporters celebrated a goal so hard that they set off earthquake alerts
6 years ago
JOE Backpacking Diary #18 - The Road to Rio is complete
6 years ago
JOE Backpacking Diary #17 - Why Peru has absolutely blown me away in the last two weeks
6 years ago
JOE Backpacking Diary #16 - Extreme sports in Ecuador and extreme parties in Peru
8 years ago
Video: Cup match in Peru comes to a halt as pitch is invaded by a herd of rampaging cows
Next Page