The show will once again be presented by Miriam O'Callaghan.

RTÉ has announced that Friday night's episode of The Late Late Show will once again be presented by Miriam O'Callaghan in Ryan Tubridy's absence.

Tubridy announced that he tested positive for Covid-19 earlier in the week. 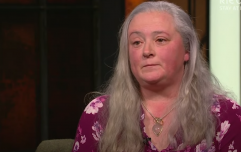 END_OF_DOCUMENT_TOKEN_TO_BE_REPLACED

On this week's show, Michael Prendergast, a 28-year-old from Kerry who was hospitalised with Covid-19, will be speaking about his experience of contracting the virus, and his subsequent recovery.

Sean Moynihan, CEO of ALONE, will be in studio to discuss the marked increase in calls to the service by concerned elderly members of the community who are living alone.

Gavin James, singer-songwriter and ambassador for ALONE, will perform a number of songs in studio, and viewers of The Late Late Show will be invited to donate to help raise much needed funds for the charity.

Then we'll have Joe Wicks, the online fitness instructor whose workout sessions have been watched by millions in recent weeks, who will talk about the importance of exercise, as well as his decision to donate ad revenue from his YouTube videos to the NHS.

Laura Whitmore, presenter of Love Island, will also be on the show, speaking from her home in London.

John Sheahan, beloved composer and musician with The Dubliners, will talk to Miriam about how he is managing and getting to grips with cocooning.

Country music singer Philomena Begley will also be interviewed about how she is coping in County Tyrone. 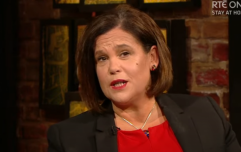 Mary Lou McDonald details how she was affected by Covid-19

END_OF_DOCUMENT_TOKEN_TO_BE_REPLACED

Speaking from home today, Ryan Tubridy said:"I want to thank everyone for their good wishes over the past number of days. I am very grateful to be through this virus, and, to keep safe I will be adhering to best practice and not be returning to work until next week.

"I am acutely aware that other people are going through much more serious pain and I want to send them my warmest wishes at this difficult time.

"Miriam did a great job last Friday, as I'm sure she will tomorrow night, and I want to thank her and the team for keeping the show on the road."

The Late Late Show will kick off on RTÉ One at 9.35pm on Friday.