The visitor ban has been imposed at Mercy University Hospital in Cork.

A visitor ban has been imposed at Mercy University Hospital (MUH) in Cork as an attempt to stop the spread of flu after a spike in the amount of patients suffering with flu-like symptoms.

Over 40 people have recently been admitted to MUH with flu and 75% of the people presenting to the emergency department with flu-like symptoms are testing positive for the condition.

The ban on visitors does take exceptional circumstances into account.

The ban came into effect at 8.30pm on Friday night.

The situation is said to be being reviewed on a daily basis, and will remain in place until further notice. 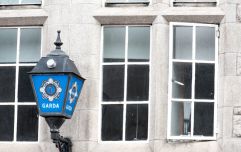 END_OF_DOCUMENT_TOKEN_TO_BE_REPLACED

MUH is the second largest hospital in Cork after Cork University Hospital.

Meanwhile, the Irish Nurses and Midwives Organisation (INMO) has called for the HSE to meet with them on Sunday, to try to deal with what they have described as an overcrowding crisis at Cork's two biggest hospitals.

2019 was confirmed as the worst-ever year for hospital overcrowding since records began - 9% higher than 2018.

The INMO points to "understaffing" and a "lack of capacity" as key drivers of overcrowding.


popular
Multiple deportations to be carried out on illegal employees following searches on warehouses in Dublin and Meath
Ridley Scott's new film starring Ben Affleck and Matt Damon is looking for hundreds of extras in Ireland
Over 200,000 people have signed petition demanding change in how media treats those in the public eye
A man has died following an incident at a Dublin shooting range
BBC will show an 'immensely powerful' documentary about The Troubles tonight
THE JOE Movie Quiz: Week 41
QUIZ: Can you get full marks in our Top Boy quiz?
You may also like
2 days ago
Gardaí appealing for witnesses to hit-and-run incident in Cork
5 days ago
UPDATED: Body located in search for missing Cork man Cormac Ryan
5 days ago
The winners of the IMRO best live music venues in Ireland have been revealed
6 days ago
Woman in her 50s dies after being hit by a truck in Cork
6 days ago
Man arrested in connection with 2016 armed burglary in West Cork
2 weeks ago
Two men arrested over Cork incident where man was doused with petrol and set alight
Next Page