An Irish blogger has apologised for rigging two competitions

A modern update on the old Father Ted competition-rigging classic.

Is there any better time to be an influencer than at the moment?

In the past month, there was Logan Paul's trip to Japan, which ended in him filming a dead body and being warned of possible arrest should he return to the country. 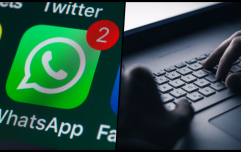 END_OF_DOCUMENT_TOKEN_TO_BE_REPLACED

Then, British vlogger, Elle Darby, sparked blogger-gate by offering to pay for a Dublin hotel room in the disputed currency of "exposure", only to quickly discover she had annoyed a man whose negative press precedes his business' page on Google.

Now, an Irish lifestyle, travel and fashion blogger named Terrie McEvoy has been forced to admit that she rigged a competition back in 2015 in order to give the prizes to two close friends.

The competition was unearthed by the now-deleted Instagram account @bullshitcallerouter, which has gained traction recently for shining a light on some of the more negative aspects surrounding Ireland's influencers.

It was reported that the Instagram page called out two competitions, which McEvoy ran back in 2015 on behalf of family business, Tower Jewellers. They went on state that the winners of these competitions were, in fact, McEvoy's best friend and her brother's partner. 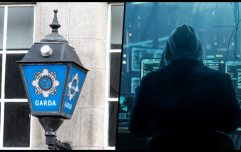 END_OF_DOCUMENT_TOKEN_TO_BE_REPLACED

This prompted McEvoy to issue two apologies via Instagram and Snapchat, while her Facebook page appears to have been deleted, or to use influencer-speak: "taken time out to reflect #sp".

Writing on Instagram, next to a photo of her stroking a baby kangaroo, McEvoy said:

"Sometimes you just need to take a little step back from the madness,... cuddle a kangaroo and then move forward."

In between this diversion and an inspirational quote from the Lion King, she clarified the situation: 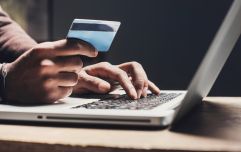 END_OF_DOCUMENT_TOKEN_TO_BE_REPLACED

"I picked my brothers girlfriend and a close friend at the time to win a competition for a bracelet in 2015. Approx 100 people entered each one ... I think I knew about 30 of the people that entered at the time... I had a small following BUT, I know that's not an excuse.

"I 100% should have picked somebody I didn't know and I appreciate why people were so angry, I TOTALLY understand...... But I just want people to know that at the time I had my reasons to pick these two particular girls and my heart was in the right place..... I think I've learned over the last few years, that sometimes you can't always listen to your heart you have to let your brain do the work... but you know what? I wish I could, but I just can't change the past ..it was almost 3 years ago... I'm taking a little break from everything, especially snapchat to keep focusing on me."

When contacted by JOE, a spokesperson for Tower Jewellers declined to comment on the story.

popular
An exciting Irish crime thriller is among the movies on TV tonight
The JOE Friday Pub Quiz: Week 307
Record for hottest August day in Ireland ever has now been broken
A great underseen action thriller is among the movies on TV tonight
Netflix has just added an incredibly tense 97-minute thriller
WATCH: Flight makes scary 'lowest ever landing' at Greek airport, narrowly avoiding plane spotters
Shooting stars set to light up Ireland's skies this weekend
You may also like
4 months ago
Cadbury issues warning to customers over "Easter Chocolate basket" scam
5 months ago
Former Irish hockey star's elaborate scam exposed after multiple victims come forward
6 months ago
Jaw-dropping 370% rise in scam calls, texts and emails in Ireland in 2021
6 months ago
Public urged to be wary of sophisticated Revolut scam in operation in Ireland
7 months ago
Man and woman arrested in connection with "money mule" bank account scams
9 months ago
New Squid Game cryptocurrency scams millions of dollars from investors
Next Page