A great thing to do.

A duo of Irish musicians from Seán Cox's home town of Dunboyne have recorded a rendition of the famous Livepool song ‘You’ll Never Walk Alone’.

The song was recorded by Gerry Hannigan and Andrew Bass and will see all proceeds from the charity single donated to the Seán Cox Rehabilitation Trust which was established to raise much-needed funds for Seán’s future care. 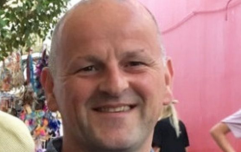 END_OF_DOCUMENT_TOKEN_TO_BE_REPLACED

The single will go on general release in November 2019 and will be available to purchase and download online.

In April 2018, Cox was assaulted ahead of a Champions League semi-final against Roma.

He has been undergoing intensive rehabilitation and therapy since the attack. 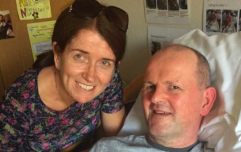 END_OF_DOCUMENT_TOKEN_TO_BE_REPLACED

Cox attended a fundraiser for himself in the Aviva Stadium earlier this year and will return to Anfield this weekend for the first time since the attack, where he'll watch Liverpool take on Man City in the Premier League.

Fans who wish to contribute to the GoFundMe page set up to raise money for Sean’s medical and rehabilitation costs can make a donation here.

popular
Woman killed in Clare crash named as Peggy Twomey, mother of Marty Morrissey
Amazon Prime Video has quietly added 8 big new movies to its library
These are the most generous counties in Ireland, according to GoFundMe
QUIZ: Can you get full marks in this General Knowledge Quiz?
The 50 most iconic songs of all time* have been revealed
A fun action flick with Nicolas Cage is among the movies on TV tonight
An underseen Keanu Reeves adventure is among the movies on TV tonight
You may also like
2 years ago
Jurgen Klopp pays tribute to Sean Cox in touching programme notes
2 years ago
Congratulations issued to Liverpool on behalf of Seán Cox
2 years ago
Sean Cox’s brother ‘disgusted’ by Manchester City chants
2 years ago
'Thank you' - Sean Cox thanks public for their support as he continues his recovery
2 years ago
Sean Cox will leave hospital for the first time to attend a charity match in his honour
2 years ago
Jamie Carragher makes stunning gesture to Liverpool fan Sean Cox
Next Page