Joe Biden has been sworn in as the 46th president of the United States of America. 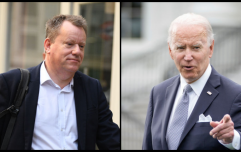 END_OF_DOCUMENT_TOKEN_TO_BE_REPLACED

Guests at the ceremony included pop sensation Lady Gaga, who sang a belting version of the national anthem, 'The Star Spangled Banner'.

Before Biden took to the stage, Kamala Harris was sworn in as his vice president, becoming the first female VP in the country's history.

Jennifer Lopez was the next guest out to sing 'This Land Your Land', although many pointed out that she just might have been lip-syncing.

The American singer of Puerto Rican heritage let out a call in Spanish for "libertad y justicia para todos" - freedom and justice for all. 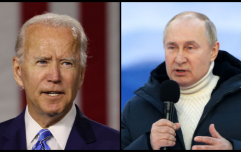 US President Biden accuses Putin of genocide in Ukraine

END_OF_DOCUMENT_TOKEN_TO_BE_REPLACED

Then it was Biden's turn. At 11:48am local time, he was confirmed as the next president of the United States.

The constitution does stipulate that the official handover time is midday, but nobody is quibbling over 12 minutes. Not even Trump.

BREAKING: Joe Biden is sworn in as the 46th president of the United States https://t.co/tcmAzrzqTx pic.twitter.com/ShNj0rc7oT