Kanye is no longer essential, according to Apple.

In what has been a remarkable few days - that has seen West's net worth plummet from billions to a reported $400m - the Adidas deal seems to have set in motion the fall of the final dominos in the Donda rapper's empire - West's music. 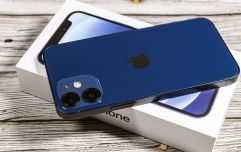 END_OF_DOCUMENT_TOKEN_TO_BE_REPLACED

Apple, MailOnline reports, also appears to be severing ties with the rapper, now known as Ye, following his antisemitic rants.

Spotify, however, are yet to move on West, with its CEO, Daniel Ek, telling Reuters earlier this week that despite the 45-year-old making "awful" comments, he has not violated the platform's anti-hate policies.

Apple Music's main rival said it would be down to Kanye's label, Universal Music Group's Def Jam, to pull his catalogue.

Ek said: "It's really just his music, and his music doesn't violate our policy. It's up to his label if they want to take action or not." 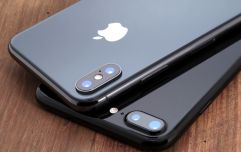 END_OF_DOCUMENT_TOKEN_TO_BE_REPLACED

On Wednesday, a day after Adidas dropped West, he turned up at Skechers LA office "unannounced and without invitation" and was escorted from the premises.

In a statement, the company said two Skechers executives "escorted him and his party from the building after a brief conversation".

Skechers made clear in its statement that the company "is not considering and has no intention of working with West". 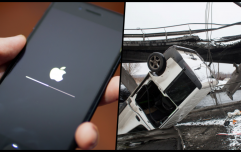 END_OF_DOCUMENT_TOKEN_TO_BE_REPLACED

"We condemn his recent divisive remarks and do not tolerate antisemitism or any other form of hate speech. The Company would like to again stress that West showed up unannounced and uninvited to Skechers corporate offices," the statement concluded.

On Tuesday, Foot Locker and Gap said they would immediately remove products from Ye’s Yeezy line from their stores, saying they do not tolerate antisemitism.

In a statement, GAP said: "Anti-Semitism, racism and hate in any form are inexcusable and not tolerated in accordance with our values. 'On behalf of our customers, employees and shareholders, we are partnering with organisations that combat hate and discrimination."

Last week, the French multinational corporation specialising in luxury goods, Kering, officially announced that Balenciaga had split ways with Ye stating, “Balenciaga has no longer any relationship nor any plans for future projects related to this artist.”

Adidas terminated its deal with Ye "with immediate effect" saying the company does not "tolerate antisemitism and any other sort of hate speech".

It said Ye's recent actions had been "unacceptable, hateful and dangerous".

popular
Katherine Ryan says famous TV star is a ‘predator’ and everyone in industry knows
20 years ago, one of the best sci-fi movies of the 21st century was a box-office bomb
Man fired for not being "fun" at work wins legal battle, nobody has to be fun now
The JOE Movie Quiz: Week 181
QUIZ: JOE's Big News Of The Day Quiz #19
The JOE Friday Pub Quiz: Week 322
I'm A Celeb public outcry after Matt Hancock makes it into the final
You may also like
1 month ago
Apple TV+ has announced its first ever price increase for Irish customers
2 months ago
Apple set to raise App Store prices from next month
2 months ago
WATCH: Apple's iPhone 14 event featured some creepy teases for Severance Season 2
2 months ago
The price difference between the new iPhones in Ireland and the US is just staggering
4 months ago
The 11 best movies you can only watch on Apple TV+
5 months ago
Apple to introduce 'Safety Check' feature to assist victims of abusive relationships
Next Page