Skechers said it has 'no intention' of working with Ye.

Kanye West was escorted out of the Skechers Los Angeles office a day after Adidas ditched him following his antisemitic remarks.

The shoemaker said West, now known as Ye, turned up at their offices "unannounced and without invitation" on Wednesday and was engaged in "unauthorised filming."

In a statement, the company said two Skechers executives "escorted him and his party from the building after a brief conversation." 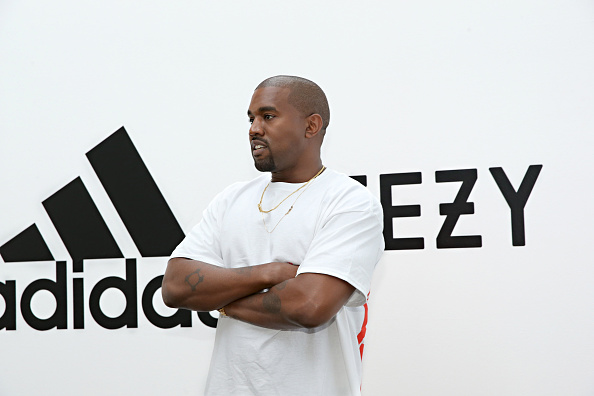 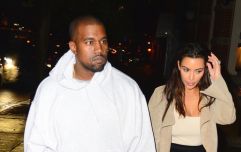 Kanye West will have to pay Kim Kardashian $200,000 a month in child support

END_OF_DOCUMENT_TOKEN_TO_BE_REPLACED

Skechers made clear in its statement that the company "is not considering and has no intention of working with West".

"We condemn his recent divisive remarks and do not tolerate antisemitism or any other form of hate speech. The Company would like to again stress that West showed up unannounced and uninvited to Skechers corporate offices," the statement concluded.

END_OF_DOCUMENT_TOKEN_TO_BE_REPLACED

Ye's bank balance and reputation has continued to unravel in recent days as big business moves swiftly to distance itself from the rapper. Forbes noted that Ye is no longer a billionaire after the Adidas partnership collapsed, suggesting his net worth is now around $400 million.

Last week, the French multinational corporation specialising in luxury goods, Kering, officially announced that Balenciaga had split ways with Ye stating, “Balenciaga has no longer any relationship nor any plans for future projects related to this artist.”

Adidas terminated its deal with Ye "with immediate effect" saying the company does not "tolerate antisemitism and any other sort of hate speech".

It said Ye's recent actions had been "unacceptable, hateful and dangerous".

popular
5 years ago, Hollywood took a massive gamble on a huge sequel... and lost big time
Netflix has just added 12 very big movies to their library
One of the most underrated crime thrillers of recent years is among the movies on TV tonight
Netflix backtracks on anti-password sharing measures following user outcry
Tom Hardy set to play Hannibal Lecter-type serial killer in new series
The 50 most iconic songs of all time* have been revealed
Netflix has just added one of the funniest shows of the last 10 years
You may also like
3 weeks ago
Kim Kardashian posts cryptic messages about Kanye’s marriage
3 weeks ago
Kanye West has reportedly got married in a secret ceremony
2 months ago
Kanye West says 'I love Hitler' on Alex Jones' show and explains why
3 months ago
Kanye West says he won't speak, drink, have sex or watch porn for 30 days
3 months ago
Quentin Tarantino denies he stole idea for "Django Unchained" from Kanye West
3 months ago
Adidas terminates deal with Kanye West
Next Page