Public services will shut down from later today.

Taoiseach Leo Varadkar has announced that schools, colleges, and all public facilities will be shut down in order to contain the spread of coronavirus.

The Taoiseach made the remarks from Washington DC, where he is currently on a state visit for St. Patrick's Day. 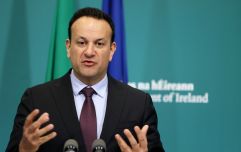 END_OF_DOCUMENT_TOKEN_TO_BE_REPLACED

"There will be many more cases, more people will get sick, and we must face the reality that some people will die," Varadkar said, referring to the new measures as "important and unprecedented."

From 6pm today (12 March), the containment measures will remain in place until 29 March. Schools, colleges, childcare and cultural institutions will close.

Varadkar has said shops, restaurants and cafes can remain open, and that plans are in place to facilitate to the supply chain. Public transport is also expected to continue. 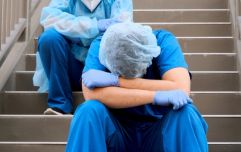 END_OF_DOCUMENT_TOKEN_TO_BE_REPLACED

The Taoiseach also recommended that people reduce social interaction as much as possible.

"Acting together, we can save many lives," the Taoiseach said.

Varadkar's announcement follows Donald Trump's decision to ban travel from the Schengen Zone to the US (Ireland and the United Kingdom are currently exempt from this ban). EU leaders have since said that Trump took this action unilaterally and without any consultation.

As of 12 March, the Republic of Ireland has seen 43 cases of coronavirus, and one death.

popular
Travis Barker rushed to hospital after tweeting "God save me"
Calls for €20 social welfare increase and minimum wage of €13 in new Budget
Amazon Prime Video has just quietly added 15 big movies to its library
Irish man dies following hit-and-run in London
The 100 best clubs in the world have been revealed
Flavoured vaping products could soon be banned in EU
007 producers provide new update on Bond 26
You may also like
2 months ago
UK patient had Covid for 505 days in longest case ever recorded
2 months ago
People urged to "socialise safely" over Easter weekend as 4,195 new Covid cases reported
2 months ago
Boris Johnson and Rishi Sunak to be fined over Downing Street parties
2 months ago
Lack of nursing representative on new Covid-19 Advisory Group is a "mistake", says INMO
2 months ago
Health Minister announces members of new Covid-19 Advisory Group to replace NPHET
2 months ago
A new group is set to replace NPHET and is expected to include Luke O'Neill and Mary Horgan
Next Page