The Minister for Health says that some funding for mental health services will be taken out of the 2016 budget, but will be transferred back in next year.

Leo Varadkar says that any money moved to other parts of the health service this year will return to mental health coffers in 2017.

The Health Minister says that money that had been earmarked for new staff can not be spent this year, and that the transfer was flagged in the HSE's service plan.

This is the piece of the HSE Service Plan 2016 @campaignforleo is citing, signposting shift on mental health funding pic.twitter.com/vR7Xr3XLbj 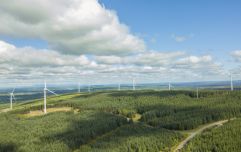 END_OF_DOCUMENT_TOKEN_TO_BE_REPLACED

Varadkar insisted that the money was set aside to provide 1,550 new staff for mental health but that target was no longer realistic.

"This is absolutely deplorable," he said.

"It is indicative of a government and senior civil service that is out of touch by the realities faced by so many who suffer from mental health issues, and I echo the criticism of mental health reform who very rightly point out that there is absolutely parity of esteem shown between mental and physical health."

The Big Reviewski || JOE · Mortal Kombat director Simon McQuoid and new Sub-Zero star Joe Taslim on fatalities and fight scenes
popular
WhatsApp to punish users unless they agree to new privacy changes in coming weeks
Tánaiste Leo Varadkar hits out at ad about antigen testing
The JOE Movie Quiz: Week 101
RSA confirm online theory tests to come into effect later this month
Here are the restrictions being eased today as Ireland continues reopening
COMPETITION: Win a star-gazing camping adventure to the stunning Aran Islands for you and your housemate
QUIZ: Can you identify the EU country of origin from these €1 coins?
You may also like
5 days ago
Cannabis is the "gravest threat" to the mental health of young people, College of Psychiatrists Ireland says
1 week ago
There’s help at hand if you’re feeling overwhelmed by everything at the moment
10 months ago
Philly McMahon launches Look After Yourself campaign with Irish Association for Counselling and Psychotherapy
11 months ago
Over half of Irish workers are experiencing an increase in anxiety since working from home
1 year ago
Pieta House redundancies suggest Ireland is headed for a mental health crisis next
1 year ago
Social media is too far gone for kindness to win
Next Page