Bad news for anyone hoping to see some snow this Christmas as it's looking unlikely for the country in the weeks leading up to 25 December.

Snow has been hitting parts of the UK over the last number of days as the temperature plummets and many saw it as a sign that a white Christmas could be on the horizon for Ireland.

END_OF_DOCUMENT_TOKEN_TO_BE_REPLACED

Despite some frost and patchy ice developing over the last few days, conditions are set to be mild with Met Éireann not anticipating snow making its way over to the country in the next few weeks.

Forecasting that these mild conditions will continue well into December, we can officially start crossing off a white Christmas on our hopes for 2022.

However, while mild conditions are predicted for the next month, this week is set to be "unsettled" with heavy rain hitting most days. 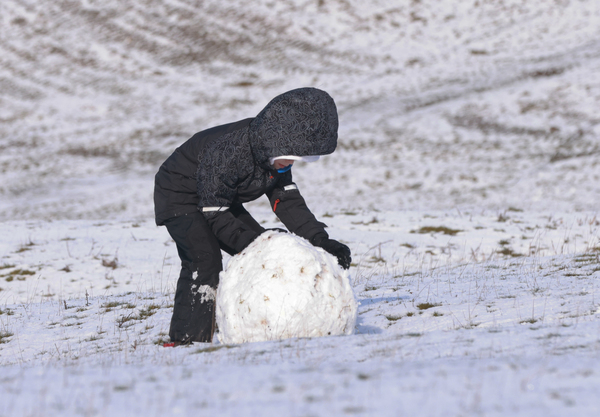 END_OF_DOCUMENT_TOKEN_TO_BE_REPLACED

On Tuesday, sunny spells will develop throughout the morning while scattered showers become isolated during the day.

"Cloud will increase in the southeast towards evening with rain develop there later," Met Éireann's forecast reads.

"Highest temperatures of 7 to 11 degrees, in mostly moderate southwesterly breezes."

END_OF_DOCUMENT_TOKEN_TO_BE_REPLACED

Wednesday is set to be a blustery one with sunny spells and scattered showers, but also the chance of hail and thunder.

Highest temperatures of 7 to 10 degrees have been forecasted with fresh to strong and gusty southwest winds set to develop.

In terms of Wednesday night, Met Éireann said: "Showers will persist across Atlantic counties, some heavy with the risk of hail or thunder, with long clearer spells elsewhere.

"Outbreaks of rain will develop in western areas before dawn.

Thursday will be "rather wet and windy with spells of rain tracking eastwards through the day and brighter conditions with scattered showers following from the west".

Highest temperatures are set to range from 9 to 11 degrees in fresh to strong south to southwest winds.

"Blustery with clear spells and scattered showers through the night, the showers mainly in the west. Lowest temperatures of 3 to 6 degrees in moderate to fresh southwesterly winds." the forecaster said of Thursday night.

"Friday will be showery in the northwest but with a lot of dry bright weather elsewhere and some sunny spells. Highest temperatures of 8 to 11 degrees in moderate southerly winds."

popular
Amazon Prime Video has just added 38 very big movies to its library
Matt Lucas quits Great British Bake Off role
Ashton Kutcher opens up about rare disease that left him unable to see or walk
The start of the superhero takeover of Hollywood is among the movies on TV tonight
The Pogues’ Shane MacGowan rushed to hospital
Rotten Tomatoes reveals the best reviewed movie of 2022
Did you spot the explosive detail in the latest episode of The White Lotus?
You may also like
1 day ago
We could be getting snow this Thursday, according to Met Éireann
2 days ago
Ireland sees '100% success rating' with four-day work week trial
2 days ago
Winter warning issued as "severe" week of cold weather in store for Ireland
4 days ago
Temperatures set to drop to freezing this weekend as Christmas predictions emerge
6 days ago
11 Irish counties in the spotlight as Gardaí crack down on sex trade
1 week ago
Face of boy attacked by dog in Wexford is "completely destroyed", says his family
Next Page