The Irish Independent are reporting that we could be getting another once-off Bank Holiday to tie in with the 100 year anniversary of the Easter Rising of 1916.

The Indo have seen a document which contained the minutes of a meeting held by the All Party Consultation Group on Commemorations. The minutes allegedly contained the proposal that April 25th in 2016 will be the day to have 'Republic Day'. On that date it will be 100 years and one day after the Easter Rising started back in 1916. 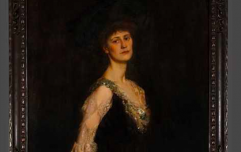 END_OF_DOCUMENT_TOKEN_TO_BE_REPLACED

No final decision has been made and it will have to be approved by the government in order for it to happen. Long weekend enthusiasts (the whole country) will be hoping that there is substance to these rumours. We''ll keep you posted.

popular
Bus Éireann’s service from Dublin to London will restart this week
Gardaí unveil new Armed Support Unit vehicles to replace older models
Amazon Prime Video has just added 51 big movies to its library
Gardaí are going global with new roles created in UAE and Bangkok
Netflix has just added 33 very big movies to its library
Irish woman saved man's life ahead of Ireland All Blacks clash
An action-packed thriller is among the movies on TV tonight
You may also like
3 years ago
BBC wouldn't let Rod Stewart perform a beloved Irish ballad because of its 'anti-English overtones'
4 years ago
Google planning to buy historic 1916 landmark in Dublin
5 years ago
Glasnevin 1916 memorial wall defaced in "act of callous vandalism" on Saturday night
5 years ago
WATCH: The Irish War of Independence now has a fully colourised documentary
6 years ago
VIDEO: Canadian Ambassador to Ireland tackles protester at ceremony in Dublin to honour soldiers killed in 1916
6 years ago
PIC: Somebody has updated the iconic 'You Are Now Entering Free Derry' mural
Next Page