It is believed that the meeting lasted for 90 minutes, and that Pope Francis offered an apology to survivors.

It is understood that Pope Francis met with survivors of clerical abuse during his visit to Dublin on Saturday.

It has been reported by RTÉ News that there was an apology from the Pope, alongside a recognition of the hurt and suffering of the survivors.

The Coalition of Mother and Baby Home Survivors has said that the Pope met with eight survivors of clerical, institutional and religious abuse prior to his appointment at Croke Park.

They described the 90-minute meeting as "cordial and polite".

RTÉ News noted that that the meeting raised the situation faced by survivors of Mother and Baby homes and of forced and illegal adoption in Ireland in 2018.

The Coalition said that Pope Francis agreed to include a message that natural mothers who lost their children to adoption did nothing wrong in his Phoenix Park mass on Sunday.

A survivors group has said the Pope met eight survivors of clerical, institutional and religious abuse this evening

On Saturday evening, Pope Francis arrived at Croke Park for the World Meeting of Families event as Patrick Bergin performed 'Anthem', a song made famous by the late Leonard Cohen. 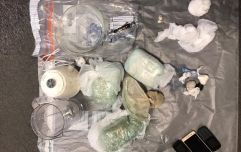 END_OF_DOCUMENT_TOKEN_TO_BE_REPLACED

Previously, Nathan Carter took to the stage accompanied by a choir to perform 'Everybody Hurts' by R.E.M.

Earlier, the Pontifex gave a speech at Dublin Castle in which he questioned whether a "materialistic, throwaway culture" has made people indifferent to the unborn.

Pope Francis subsequently came under fire for what was seen as failure to properly apologise for and condemn abuses committed by the Catholic Church.

Colm O'Gorman labelled the speech "a huge shame" while Leo Varadkar and Micheál Martin both expressed their hopes that his words would be followed by significant actions.

He also signed the visitors' book at Áras an Uachtarain in the company of President Michael D. Higgins,

Before all of that, Sky News declared that Pope Francis had landed in England, not Ireland.


popular
5 new additions to Netflix to spend your weekend watching
Hozier performs 'The Parting Glass' in honour of Covid-19 victims
88 patients currently in ICU as HSE plans for mid-April Covid-19 peak
Fine Gael enjoys major surge in new public opinion poll
19-year-old man charged after allegedly spitting in Garda's face during domestic incident
QUIZ: Do you know the collective name for these groups of animals?
The JOE Friday Pub Quiz: Week 184
You may also like
3 days ago
Man detained following unexplained death of woman (70s) in Kilkenny
6 days ago
8-year-old boy attacked by dogs in Dublin has died
6 days ago
Dublin child seriously injured following attack by dogs in Dublin
1 week ago
Teenage girl dies following road collision in Offaly
1 week ago
Man in his 20s dies following road collision in Louth
1 week ago
Irish Association of Funeral Directors issues guidelines on funerals after being “inundated with calls”
Next Page