One of the most memorable events in the history of television.

The royal, who is the second eldest son of Queen Elizabeth, sat down to answer questions on his friendship with billionaire sex offender Jeffrey Epstein, and accusations by Virginia Roberts Giuffre that Prince Andrew had sexual contact with her while she was being trafficked by Epstein. 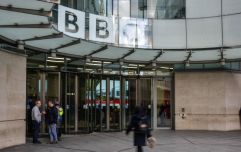 END_OF_DOCUMENT_TOKEN_TO_BE_REPLACED

Andrew was second in the line of succession for the British throne when he was born, after his older brother Prince Charles, but is now eighth in succession.

The prince said he couldn't have had sex with Roberts Giuffre on the date alleged, because: "I was with the children and I'd taken [daughter Princess] Beatrice to a Pizza Express in Woking for a party at, I suppose, sort of 4pm or 5pm in the afternoon."

The Duke of York maintained he had "no recollection" of every meeting his accuser.

The interview was packed full of utterly bizarre moments, including the prince spending an minute detailing a condition that meant he was unable to sweat, but that he is able to sweat again now. Roberts Giuffre had said she remembered him sweating, to which he replied:

"I didn't sweat at the time because I had suffered what I would describe as an overdose of adrenaline in the Falklands War when I was shot at and I simply... it was almost impossible for me to sweat." He now claims he has taken actions in the very recent past that have enabled him to start sweating again.

In perhaps the most jarring moment of the interview, the prince described Jeffrey Epstein's behaviour as "unbecoming," prompting Maitlis to cut across him and say "Unbecoming? He was a sex offender." Prince Andrew explained his choice of words by saying that he was being "polite." 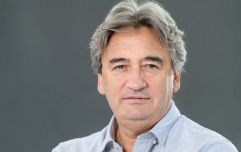 END_OF_DOCUMENT_TOKEN_TO_BE_REPLACED

Epstein died in prison earlier this year while awaiting trial for a multitude of sex crimes, including sex trafficking of a minor and one count of conspiracy to commit sex trafficking. These charges followed his 2008 conviction for "solicitation of prostitution involving a minor."

You can watch the interview in full below:

popular
The JOE Friday Pub Quiz: Week 242
Here are the best movies on TV this evening
Kate O'Connell lays into Fine Gael in explosive Claire Byrne interview
COMPETITION: Win a star-gazing camping adventure to the stunning Aran Islands for you and your housemate
"Giant" piece of Chinese rocket set to hit Earth this weekend
The 50 most iconic songs of all time* have been revealed
Penneys shopping by appointment booking portal is now live
You may also like
3 days ago
Martin Compston responds to fan disappointment with Line of Duty finale
1 week ago
Line of Duty's Martin Compston says Sunday's episode could be the last ever
2 weeks ago
Line of Duty fans think trailer reveals Kate's fate after tantalising final scene
1 month ago
The best theories and responses to Line of Duty Series 6 Episode 1
1 month ago
Louis Theroux announces new Tiger King documentary
1 month ago
Peaky Blinders creator Steven Knight's new show has a great cast
Next Page