The posters pose a risk to public health and safety.

Ahead of the upcoming abortion referendum, ESB Networks has warned that any posters erected on electricity poles will be removed due to safety concerns.

In a statement, the state electricity company said posters mounted on electricity poles pose a risk to the general public as they may result in electric shocks, fires and general obstruction of visibility for traffic. 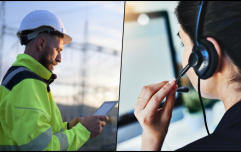 END_OF_DOCUMENT_TOKEN_TO_BE_REPLACED

"In some cases, ESB Networks has been required to interrupt the electricity supply to households and businesses in order to safely remove these posters," the statement read.

"ESB Networks regularly advise the general public to always stay clear of electricity poles and wires through its TV, Radio and Social Media campaigns. It is important that these messages are taken on board in the interest of safety."

In the event of a dangerous situation or emergency, the public are reminded to immediately phone ESB Networks emergency service on 1850 372 999 (24 hour/7 day service).

popular
County where winning Lotto jackpot ticket worth over €5.5 million was sold confirmed
QUIZ: Can you get 100% in JOE's great big halfway through 2022 quiz?
Jordan Peterson suspended from Twitter over Elliot Page comment, says he won't apologise
The JOE Friday Pub Quiz: Week 301
The full list of cancelled flights in and out of Dublin Airport on Friday (so far)
Parent's Benefit Leave in Ireland is being extended from today - here's what you need to know
QUIZ: Can you name all the counties in Ireland without the letter 'A'?
You may also like
8 months ago
Thousands of Dublin homes without power due to electrical fault
2 years ago
Power outages reported as a result of Storm Dennis
2 years ago
Thousands without power around the country due to Storm Ciara
2 years ago
48,000 homes and businesses without power due to Storm Brendan
2 years ago
ESB apologise for a number of power outages, including major outage in North Dublin
3 years ago
Thousands of homes left without power following Storm Hannah
Next Page