"We dispute some of the detail of what has been reported. But this is not to dispute the overall point, which is that we have work to do to ensure we offer the highest standards of care."

There was a huge reaction to the programme from the public, notably one of disgust and outrage.

Speaking on Thursday, Minister for Children and Youth Affairs Katharine Zappone noted that she was "shocked and appalled" by the findings, while child and family agency Tusla has pledged to "use the full rigour of the law" in following up on the scandal.

In a statement issued to RTÉ, Hyde & Seek confirmed that owner Anne Davy is stepping down and "will take no future role in front line childcare provision."

On Thursday afternoon, the company issued a further statement, disputing some of the RTÉ Investigates report while accepting responsibility for others.

"The overall picture it painted does not reflect who we are, but there are specific issues we need to address and are addressing quickly," it begins.

The company goes on to outline several planned changes and the appointment of an external consultant to conduct a full review. 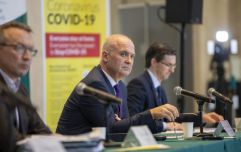 END_OF_DOCUMENT_TOKEN_TO_BE_REPLACED

"The Prime Time programme of last night has raised some real issues for us and we will deal with them quickly.

"The overall picture it painted does not reflect who we are, but there are specific issues we need to address and are addressing quickly.

"We will shortly retain an expert external consultant to review our management structure and our service. We began seeking to identify such a consultant this week. We strive always to provide the highest quality of childcare and to give children a happy safe place in which they can develop and play, and we are determined and committed to do this.

"One of the first changes we make will be the recruitment of a new manager at our Tolka Road créche, which was the focus of much of the criticism in the programme.

"We know we need to work to rebuild, retain and enhance the trust our parents have in us. We have spoken to many of them in recent days and would urge others with concerns to contact us.

"We are available to talk to and meet parents at any time. We note that while the programme made criticisms of aspects of our service, it praised our childcare staff whose dedication, professionalism and kindness are central to the care we provide.

"We have taken some steps to deal with urgent issues. For example, the fire safety issue raised in relation to the layout of the cot rooms in two of our créches has been resolved, and fire safety inspectors in the past week have confirmed that to us. We will work as always with Dublin Fire Brigade to address any other issue that they identify.

"Our policy and practice is to abide by the staff ratios set out by Tusla, though we know that, as in most créches, this may not be the case at every moment of every day. The programme suggested that lunchtime in one of the créches there is a particular point ratio problem which we will address urgently.

"We dispute some of the detail of what has been reported. But this is not to dispute the overall point, which is that we have work to do to ensure we offer the highest standards of care.

"The programme referred to profits made by the créches. However, profits in recent years have all been reinvested in developing our créches. The directors receive modest salaries and no dividends have been paid to any shareholder in recent years.

"We have been in direct communication with many parents over the past week to discuss concerns they have and we would encourage any parents with concerns to come directly to us."


popular
QUIZ: Pat Gibson's questions on Who Wants to Be a Millionaire
QUIZ: Can you get 10/10 in this Irish sayings quiz?
The 50 most iconic songs of all time* have been revealed
Dr Tony Holohan: No gaff parties, we're in a pandemic
Here's Week 35 of JOE's 19 in 90 quiz
QUIZ: Can you recognise the Black Mirror episode from still image?
Aldi to sell reusable face masks from Thursday onwards
You may also like
9 hours ago
Easing of restrictions has "not negatively impacted" reproductive number of coronavirus
14 hours ago
Leo Varadkar says it's better to have "slow and steady" approach to reopening the country
18 hours ago
Search continues for young boy reported to have fallen into River Boyne in Drogheda
19 hours ago
Jurys Inn outlines five-point plan for reopening of its hotels in Ireland
20 hours ago
Motorcyclist dies following collision with van in Cork
1 day ago
3 further deaths in relation to Covid-19, 47 new cases
Next Page