The debate went ahead with just Simon Harris and Peadar Tóibín.

RTÉ's plans for a Prime Time debate on Friday's referendum were scuppered when Cora Sherlock, a spokesperson for the Love Both campaign, withdrew from the debate at short notice.

Obstetrician Mary Higgins had been scheduled to take part in the debate, speaking on behalf of the Yes side, but RTÉ instead chose to proceed with Minister for Health Simon Harris and Sinn Féin TD Peadar Tóibín. Higgins participated from the audience. 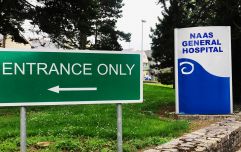 END_OF_DOCUMENT_TOKEN_TO_BE_REPLACED

RTÉ has released a statement on Cora Sherlock's unexpected absence from the debate.

"RTÉ was disappointed to learn that Cora Sherlock was unavailable to take part in tonight's RTÉ Prime Time programme, despite confirming her participation last week. The television debate on the referendum continued with the panel of Minister for Health Simon Harris and Peadar Tóibín TD, in addition to substantial contributions from the audience, which gave an equitable and fair opportunity to both sides to express their views."

It is believed that the Love Both campaign put Maria Steen forward to take Sherlock's place, but RTÉ refused as Steen participated in last week's debate on Claire Byrne Live, and had been scheduled to appear on tonight's debate on TV3. Steen has since pulled out of tonight's debate.

Sherlock released a statement through her brother Leo's website The Liberal, saying "At no stage did I pull out of this debate. There's been a lot of noise today, but please don't worry about headlines."

popular
One of Keanu Reeves' best movies has just been added to Netflix
QUIZ: Can you get full marks in this General Knowledge Quiz?
The 50 most iconic songs of all time* have been revealed
Just in time for Christmas, all eight Harry Potter movies are now available to stream at home
QUIZ: Can you get 20/20 in this desperately tricky capital cities quiz?
QUIZ: Can you get 12/12 in this snappy General Knowledge quiz?
A great underseen thriller is among the movies on TV tonight
You may also like
2 days ago
Here are all the movies on RTÉ this Christmas
2 days ago
A new Tommy Tiernan special and Adam King's animated show among highlights of RTÉ's Christmas schedule
3 weeks ago
WATCH: RTÉ releases first look at this year's Late Late Toy Show
3 weeks ago
Antigen tests could used in primary schools as early as Christmas - Stephen Donnelly
4 weeks ago
Report into fatal R116 helicopter crash to raise "significant questions"
1 month ago
Here's the line-up for this week's episode of The Late Late Show
Next Page