Reports have emerged that a boat has capsized off the coast of Sligo on Sunday.

The Irish Mirror has reported that eight people have been rescued after the Royal National Lifeboat Institution launched a rescue mission at around 11am.

Launched from Sligo Bay, Sligo about half an hour ago - https://t.co/HSxWABF6YI 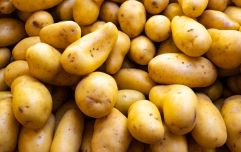 END_OF_DOCUMENT_TOKEN_TO_BE_REPLACED

The search was assisted by Coast Guard Rescue Helicopter 118.

popular
Lidl to launch its second 'reverse vending machine' in Ireland next week
Husband of school teacher killed in Texas shooting dies of heart attack
The 2 Johnnies share unbelievable catfish ordeal affecting over 40 people
Acclaimed actor Ray Liotta has died, aged 67
Amber Heard "distraught" as court hears explicit Johnny Depp text message
QUIZ: How well do you know these famous flights in movies and shows?
Transphobia isn't funny; it's dangerous, and no "comedy special" can change that
You may also like
1 month ago
Gardaí appeal for witnesses following serious assault in Sligo
1 month ago
Man charged with murders of Aidan Moffitt and Michael Snee in Sligo
1 month ago
Gardaí looking for possible further victims following Sligo murders
1 month ago
Gardaí examining "another recent incident" in Sligo as murder investigations continue
1 month ago
Man arrested on suspicion of murder of man in Sligo
1 month ago
Body of man found in unexplained circumstances in Sligo
Next Page