It has not been a good week for the new UK PM.

Boris Johnson and his government have suffered their third significant defeat since taking power in the latest House of Commons face-off on Wednesday evening. 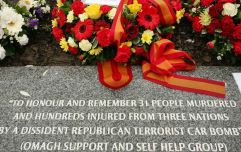 END_OF_DOCUMENT_TOKEN_TO_BE_REPLACED

In response, Johnson reiterated his call for a general election to take place on 15 October, with the current Brexit deadline of 31 October looming.

The motion was put to an immediate vote and shortly after 9.30pm on Wednesday, the results served to undermine Johnson further, soundly rejected with a vote tally of 298 ayes and 56 noes.

“I think he has become the first leader of the opposition in the democratic history of our country to refuse the invitation to an election," the Prime Minister stated.

"I can only speculate as to the reasons behind his hesitation. The obvious conclusion I’m afraid is he does not think he will win."

Previously on Wednesday evening, Johnson underlined "only one way forward," reminding those present that the house has repeatedly previously for Britain to leave the European Union.

The Prime Minister said that today's actions had moved to "scupper any serious negotiations" with regards to his Brexit plan, contending that the Benn Bill would "take away the right" of the UK to determine its own independence.

"Under any circumstances, this country will leave the EU on 31 October," Johnson remarked, adding that those who voted against his deal showed "a great dereliction of duty" in doing so.