Italian children have been told not to turn up to school unless they can prove that they have been properly vaccinated.

This stance follows months of debate over compulsory vaccination, both in Italy and across the world. 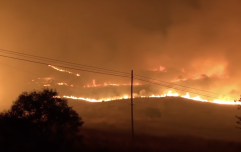 END_OF_DOCUMENT_TOKEN_TO_BE_REPLACED

According to BBC, the new law came amid a surge in measles cases - but Italian officials say vaccination rates have improved since it was introduced.

Under the new law, children must now receive a range of mandatory vaccinations before attending school.

These include vaccinations for chickenpox, polio, measles, mumps, and rubella. 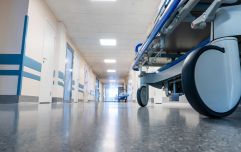 END_OF_DOCUMENT_TOKEN_TO_BE_REPLACED

Children up to the age of six years will be excluded from nursery and kindergarten without proof of vaccination under the new rules.

Those aged between six and 16 cannot be banned from attending school, but their parents face fines if they do not complete the mandatory course of immunisations.

This conversation was escalated recently when an unvaccinated French child on holiday in Costa Rica was found to be responsible for measles returning to the country for the first time in five years.

Under a month ago, Trinity College Dublin issued a warning about a mumps outbreak, where students were urged to check that they have had two MMR (Measles, Mumps and Rubella) Vaccines.

popular
Amazon Prime Video has just added 21 big movies to its library
Emirates is looking to hire cabin crew members in Ireland for tax-free jobs
One of Liam Neeson's best ever performances is among the movies on TV tonight
Amber Heard "fought really hard" to appear in Aquaman 2 despite pared down role
Shock as dead dolphin vandalised with graffiti on Dublin beach
QUIZ: Try out one of our trickiest General Knowledge Quizzes yet
The six Eurovision countries with "irregular voting patterns" have been revealed
You may also like
2 years ago
Italy announce the lifting of travel restrictions from June
2 years ago
Italian Prime Minister says the EU could collapse due to Covid-19 outbreak
2 years ago
919 new Covid-19 fatalities in Italy over 24-hour period
2 years ago
You need to watch this Sky News report on Italy's Covid-19 emergency
2 years ago
Irish people returning from Spain and Italy told not to go to work
2 years ago
Department of Health says Ireland vs Italy Six Nations game should not go ahead due to coronavirus
Next Page