Episode 2 of JOE's Snapchat show Argue Me is live: Tinder or the old-fashioned way?

How do you get your dates?

Tinder, or the old-fashioned way?

Dating app Tinder divides opinion in a big way. Some people believe that it's creepy, and that you're better off trying to meet people in person instead.

END_OF_DOCUMENT_TOKEN_TO_BE_REPLACED

Others think it's just a fun way of making friends, or perhaps more...

Whatever you think of it, it's pretty damn popular. But like we said, it's not for everyone. Some people prefer the old-fashioned approach, and some find it easier to open the app and work from there.

And in case you don't believe us, JOE's latest episode of Argue Me should be all the proof you need. The second episode of JOE's new partnership with Snapchat features JOE's own arguer-in-chief Carl Kinsella taking on everyone he could find to explain to them that meeting people in person will always be better than Tinder.

If you want to hear about waking up in bed next to a burrito and a stranger, or hitting on women in libraries (something you should never do), then you need to watch this.

One guest even had a two year relationship that spawned from Tinder, so as you can imagine, things got pretty intense on this week's episode. 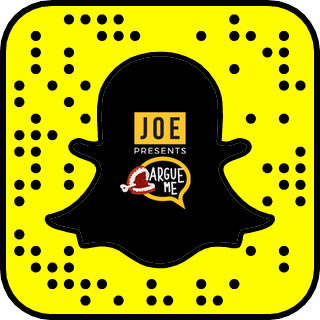 You can check out the episode here.

Last week, we looked at whether or not tea was overrated, which was as heated as it gets, and was viewed over 2.2 million times.

We expect a subject as serious as Tinder to be no different.

popular
QUIZ: Can you get top marks in this short but tricky Irish geography quiz?
Nearly 100 flights delayed at Dublin Airport on Monday
4-year-old girl killed in Sligo caravan park named as Alice Dunleavy
RTÉ tries to solve Michael Collins murder in new documentary
Grease star Olivia Newton-John has died, aged 73
Man in his 20s in critical condition following assault at public transport stop in Dublin
The JOE Movie Quiz: Week 166
You may also like
3 months ago
What is BeReal? The new social media platform taking Ireland by storm
2 years ago
Instagram said to be working on a new app to rival Snapchat
3 years ago
Arnold Schwarzenegger releases statement after getting dropkicked at event
3 years ago
New Irish Instagram-style app aims to replace your CV for good
3 years ago
JOE launches 'Argue Me' — a new show on Snapchat Discover
3 years ago
Snapchat announces five new unique Irish Shows for its Discover feature
Next Page