That’s exactly what Damien Coleman, a former underage hurler with Blackrock GAA, will be doing at the Cork marathon on June 6 and he’ll be trying to get his name into the Guinness World Record books while he’s at it.

END_OF_DOCUMENT_TOKEN_TO_BE_REPLACED

Not only that, but Damien will be raising money for his own club and for charity too, with 50% of the money he raises going towards a new hurling wall development for young hurlers at Blackrock GAA and the other 50% going to the Cork Simon Community. 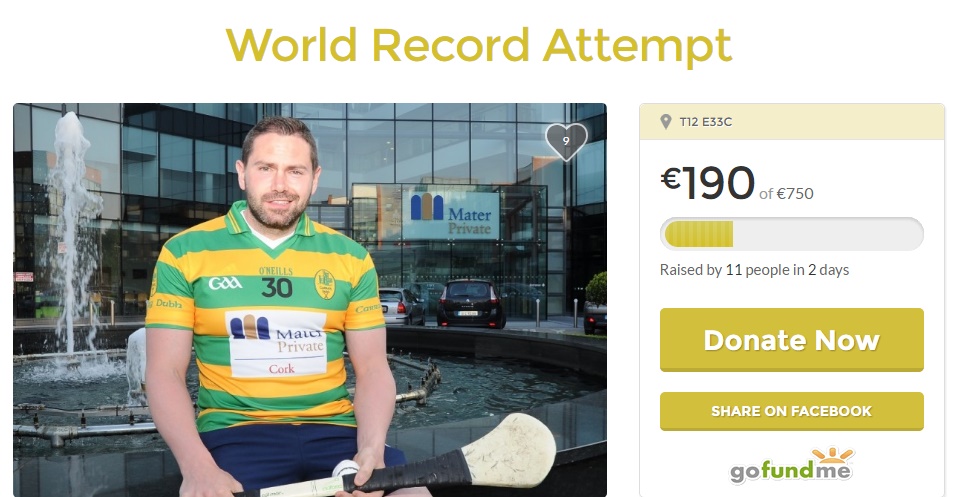 Damien officially launched his world record attempt in the Mater Private Hospital in Cork, who sponsor Blackrock GAA and have recently opened up a brand new state-of-the-art Emergency Department at their hospital in Citygate, Mahon.

The department deals with medical and surgical emergencies, respiratory and cardiac complaints, and sports injuries for anyone over the age of 16.

END_OF_DOCUMENT_TOKEN_TO_BE_REPLACED

Damien has been running the roads of Cork with his hurley and sliotar over the last few weeks in preparation for his attempt and if you want to support it, you can make a donation here.

It's one hell of a task Damien is taking on; we wish him all the best with it.