There is absolutely no room for this sort of thing in football.

Napoli played Inter Milan in a Serie A match on Wednesday night, in a game that saw Inter defeat Napoli 1-0 following a late goal.

But the drama surrounding the match had little to do with football. 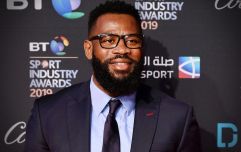 END_OF_DOCUMENT_TOKEN_TO_BE_REPLACED

Napoli's defender, and one of the highest rated centre backs in the world Kalidou Koulibaly was the victim of a number of racist chants from certain fans who were in attendance at the game.

Koulibaly was sent off during the game, and was visibly shaken by the racial abuse he suffered.

He has since taken to Twitter to post a powerful message, assuring he is proud of who he is, saying: "I regret the defeat and especially to have left my brothers! But I'm proud of the colour of my skin. To be French, Senegalese, Neapolitan: Man." 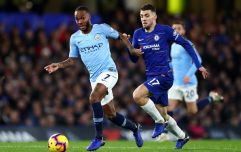 END_OF_DOCUMENT_TOKEN_TO_BE_REPLACED

Napoli manager, Carlo Ancelotti spoke after the game, saying that they had asked three times for the game to be halted following the chants, but his request was denied.

He went on to say that because of this, he will take matters into his own hands next time, and his team will walk off the pitch.

You can watch Ancelotti's speech below:

This comes less than a month after a similar incident took place with Manchester City's Raheem Sterling.

popular
Netflix has just added one of the funniest shows of the last 10 years
Netflix has just added 12 very big movies to their library
Spielberg's best movie is among the movies on TV tonight
The JOE Friday Pub Quiz: Week 332
Police believe they know what happened to Nicola Bulley
QUIZ: Can you get 15/15 in this Irish general knowledge quiz?
The 50 most iconic songs of all time* have been revealed
You may also like
3 months ago
Conor McGregor slammed for Halloween photo of mum in 'black face'
3 months ago
LeBron James calls on Elon Musk to act after use of n-word on Twitter increases by 500% since takeover
7 months ago
Gary Lineker says he suffered racist abuse during football days due to "darkish skin"
1 year ago
Eamonn Holmes apologises after ‘racist’ comment to co-star on This Morning
1 year ago
Telegraph columnist sacked after racist Meghan Markle tweet
1 year ago
The Falcon and the Winter Soldier is on the precipice of dealing with an incredibly sensitive topic
Next Page