We've all heard this one before.

Most GAA clubs, and county teams, will have a decent player that impresses most in attendance but who always draws the same comment:

"He's good, but you should've seen the brother."

END_OF_DOCUMENT_TOKEN_TO_BE_REPLACED

For as long as we have held the game close there has always been the urban myth of the more talented brother. The one that really should have been the mega-star if it wasn't for - and take your pick - the injuries, the stubborn coach, the drink, the job, the attitude, the travel, the lack of desire, the move abroad...

Fermanagh is no different. On my frequent trips to the county, I am often drawn into football conversations. I was at the Ulster Final in 2008 [a draw but Fermanagh lost the replay] and the 2015 All-Ireland quarter final when Dublin were given a rattle on their way to an eventual victory.

Sean Quigley [below] ruffled serious feathers that day and 'The Maguire County' were hoping to build on their run to the last eight. 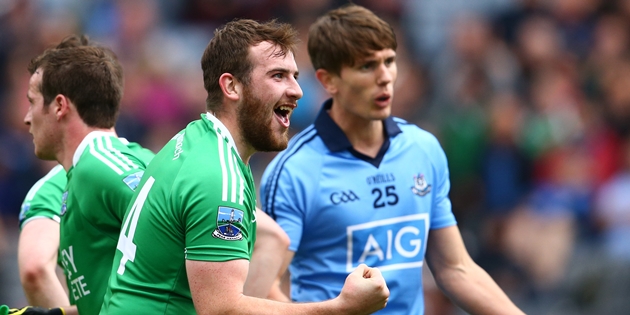 END_OF_DOCUMENT_TOKEN_TO_BE_REPLACED

Last year was looking bleak, though. Pete McGrath seemed to have run his motivational well dry and the county faltered badly. A host a big players either left the panel or were excluded by McGrath.

Sean Quigley continued to tip, and score, away. One one visit to Teemore, I was catching up on Quigley's scoring exploits for Roslea in The Fermanagh Herald. Remarking that Fermanagh always had a shout when he was on form, I was told:

"Aye, he's good but the brother is even better."

END_OF_DOCUMENT_TOKEN_TO_BE_REPLACED

The good news for Fermanagh fans is that new coach Rory Gallagher seems keen to employ the scoring talents of both Quigleys in 2018. The county were tipped for Allianz Football League success in Division 3, on The GAA Hour, and their fans will be excited by talk about the Quigleys and some other key players 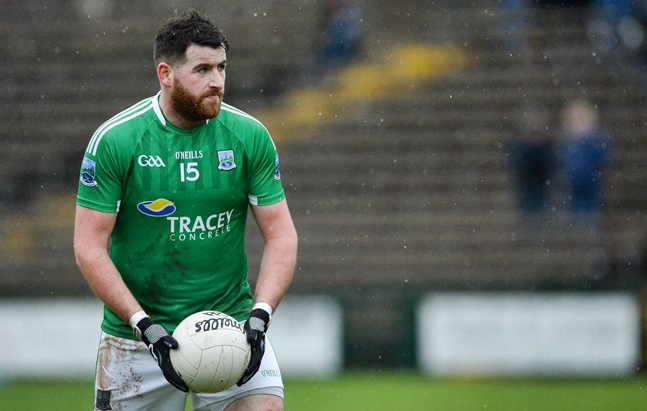 Show host Colm Parkinson and former Armagh footballer Stevie McDonnell [from 45:00 below] were both complimentary of Gallagher's decision to appoint Tyrone GAA legend Ryan 'Ricey' McMenamin as his assistant for the upcoming league and championship campaigns.

On Seamus Quigley and the returning Fermanagh players, Parkinson said:

"You've a real feel-good factor around Fermanagh and all these players coming back. You've got Brian Cox, who is back on after a lengthy absence, you've got Eamon Maguire, who has been around since 2004. Maguire is a bit of a live-wire forward, not top-notch but very good at division 2 or 3 level.

"And then you have Seamus Quigley back, who is a monster of a man. He's a scoring machine. He's a brother of Sean and almost a carbon copy. A little burlier, maybe, but can kick from left and right. A sensational long-range point kicker.

"You have Tomas Corrigan buzzing in and around them and a midfield of Eoin Donnelly and Ryan Jones, who can put it up to most teams."

There are certainly reasons for Fermanagh fans to be optimistic heading into the league campaign.

Division 3 may contain the likes of Westmeath and Derry but Gallagher and his team, from the outside at least, appear primed for a good tilt ahead of the championship summer. Especially if Seamus Quigley can prove that one of GAA's most popular urban myths is no myth at all.

popular
Nearly 100 flights delayed at Dublin Airport on Monday
Motorcyclist in his 30s dies following two-vehicle collision in Kerry
QUIZ: Can you get top marks in this short but tricky Irish geography quiz?
Family of Ashling Murphy share heartbreaking tribute at Fleadh Cheoil
RTÉ tries to solve Michael Collins murder in new documentary
4-year-old girl killed in Sligo caravan park named as Alice Dunleavy
Grease star Olivia Newton-John has died, aged 73
You may also like
4 weeks ago
Looking for a hotel room for the All-Ireland Final weekends? It won't come cheap...
1 month ago
Taoiseach condemns "disturbing" fight at Galway v Armagh game
2 months ago
The 2 Johnnies share unbelievable catfish ordeal affecting over 40 people
2 months ago
Limerick hurler arrested following alleged altercation with Tipperary player in Limerick pub
3 months ago
Woman in her 20s dies after accident during Camogie match
9 months ago
Wicklow GAA to investigate fight after Under 15 match on Saturday
Next Page