There's a lot of positives here.

Lenovo has doubled down on its consumer laptops with four new Yoga laptops, three in its C-series and another in its S-series.

In the past, all Lenovo Yoga laptops were convertibles, however this only holds true for models of the Lenovo Yoga C series now.

We got our hands on the Yoga C740 recently and here are our observations.

The new Yoga C740 is an ultrabook that offers long battery life alongside high performance and a classy design.

If you're looking for a 2-in-1 laptop and tablet, it's certainly worth your consideration. The sturdy, metal build is an attractive design and offers smooth transitions when flipping from tablet to laptop mode.

The good news about the C740 is it's basically a slimmed down version of the impressive C940 and is available at a much cheaper price.

Some of the notable features include WiFi 6, USB-C, DisplayPort, Intel integrated graphics, fingerprint sensor, Pen support, a privacy webcam shutter, and far-field microphones (meaning you can speak to it from up to four metres away). 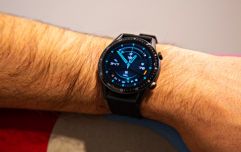 END_OF_DOCUMENT_TOKEN_TO_BE_REPLACED

The slim pickings on the port front may have a tendency to irritate some. Depending on which version of the C740 you get, it has two USB Type-C 3.1 ports on the left - either of which can be used for charging - as well as a headphone jack, while the right side houses only one USB Type-A 3.1 port (the 15.6-inch version has two of these) and the power button. This means no thunderbolt connection.

Lenovo have continued their trend of offering 14-inch and 15.6-inch versions of the Yoga C740. This time, users will do without a 4K display, and while it may be a peeve for some users, the display is bright and sharp enough besides.

Under the hood, the Lenovo Yoga C740 features the latest 10th Gen. processors from Intel and use integrated graphics.

The lack of a dedicated Graphics processing unit (dGPU) means that if you're looking for a laptop for gaming, then this might not be for you.

Lenovo rates the battery life of the 14-inch model at 13.7 hours and the 15.6-inch model at 15 hours, but using the 14-inch it managed to exceed even Lenovo's estimate, lasting a full 15 hours while using it for media playing online.


popular
Met Éireann moves forward Red wind warning as public advised to stay indoors
QUIZ: Can you name all these Irish counties from only their vowels? (Part Two)
The JOE Friday Pub Quiz: Week 180
QUIZ: Do you know your dashboard warning signs?
QUIZ: Can you name all 14 landlocked counties in Ireland?
Met Éireann issues snow/ice warning for all of Ireland as Storm Jorge arrives
Church suspends sign of peace and empties holy water fonts due to coronavirus fears
You may also like
3 months ago
REVIEW: Fitbit Versa 2 - A great fitness tracker with some smartwatch additions
3 years ago
REVIEW: Does For Honor live up to the hype?
5 years ago
JOE takes the new HTC Desire 620 for a spin
5 years ago
Review: Toshiba CB30-102
5 years ago
Review: Toshiba Excite Write Tablet
5 years ago
Review: Sony Xperia Z1 Compact
Next Page