These jersey numbers just aren't right with us...

Here at JOE Towers we like to consider ourselves as football romantics, especially when it comes to the issue of squad numbers. We pine for the old days when a team's starting XI would all run from the numbers 1-11, but it's a rare thing in the modern game.

Samuel Eto'o has recently completed his move to Everton and will wear the No. 5 jersey which for us will always be the domain of a centre-half.

This got us thinking, what other strange squad numbers have some players chosen over the years? In numerical order of course...

When Aberdeen fans found out the name of their new Moroccan signing they pleaded with him to take the number zero which he brilliantly did.

Zerouali sadly died in a car crash in 2004 which prompted the club to retire the number as a mark of respect. 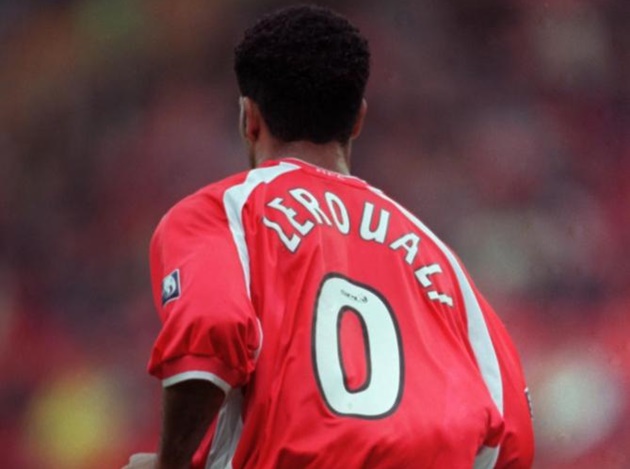 The former Spurs manager wore the number that's usually reserved for goalkeepers during the 1982 World Cup because the squad numbers were allocated by alphabetical order.

Diego Maradona was the exception though... presumably because he is Diego Maradona. What's odd is that Argentina persisted with this crazy policy for the 1974, 1978, and 1982 tournaments. 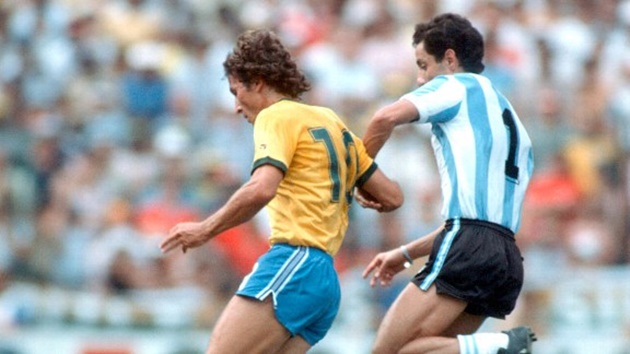 The striker had an amazing debut season with Wigan, scoring 11 goals and winning the FA Cup despite their ultimate relegation. Since moving to Everton he has taken the more conventional No. 9 shirt but his first season was plagued by injury.

Maybe he can swap numbers with Tony Hibbert. We would find it hilarious to see the Everton full-back transformed into a 20 goals a season No. 9.

Nothing strange about the number but who can forget Alan Kelly drawing the number 5 on the back of his jersey with permanent marker in Moscow?

The Irish legend later auctioned this jersey for charity. Hero.

We absolutely love the crazy Mexican 'keeper, mainly due to his amazing array of multi-coloured kits... you could probably see those things from space.

It didn't shock us to learn that Campos started his career as a forward and kept the jersey ever since. Khalid Boulahrouz of Chelsea also wore this number. To be honest, that was the only memorable thing about him, apart from the time Robbie Keane dumped him on his arse at White Hart Lane.

Having the talented but moody French defender fill the  number left vacant by the Dutch genius Denis Bergkamp is just wrong. 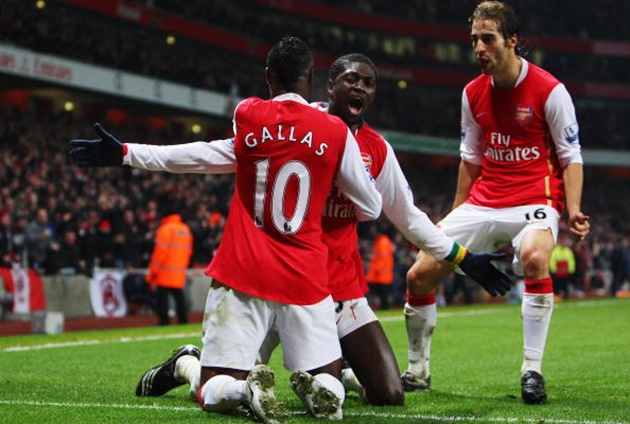 Just like Sesame Street every week, the Inter Milan striker gave Italian children a simple maths problem with his choice of number. Brazilian godlike striker Ronaldo was given his favourite No. 9 shirt so the Chilean improvised.

He was some striker...

The ex-Arsenal striker switched from the number 26 shirt to the number 52 at the start of the 2009/10 season saying, "I chose to move to 52 because it’s a special number to me personally, and I hope that it brings me good luck for the new season." 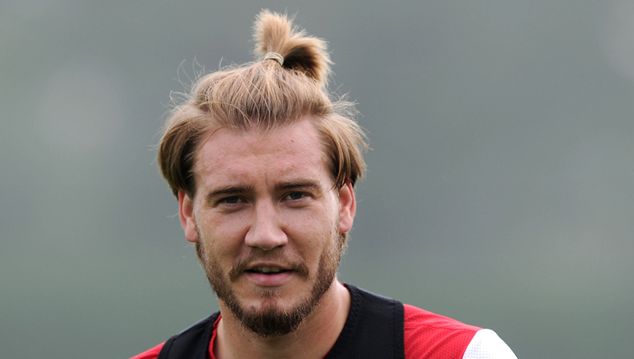 The classy World Cup winning left-back chose this number because it was the year he was born in. He also measured 169 cm, and weighed 69 kg. Sure Bixente, sure.

Who wants to see him and Zinedine Zidane play at Dalymount Park against Bohemians?

Clip via - So Bordeaux

In the 2008/09 season, AC Milan signed the trio of Ronaldinho from Barcelona, Mathieu Flamini from Arsenal and Andriy Shevchenko from Chelsea and they all decided to chose their birth years as their respective squad numbers.

Any excuse for a Ronaldinho compilation.

The brilliant Juvenus 'keeper once chose the number 88 because it reminded him of four balls resting on each other. He later said that "in Italy we all know what it means to have balls: strength and determination".  He must have a massive set of Liathroidi's. 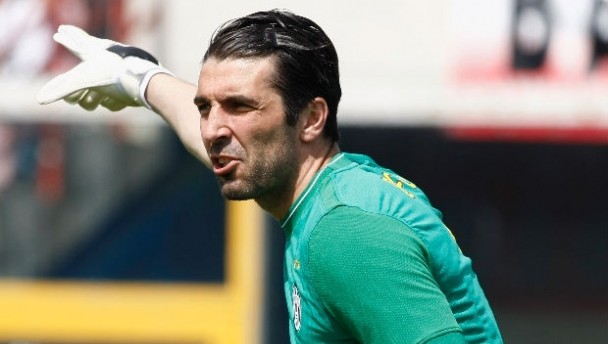 Worn by Ronaldo at AC Milan, presumably because that's the number of problems he had at the San Siro, but a burger wasn't one. Vítor Baía became the first player to wear this number for Porto in 2003-04 Champions League final against AS Monaco.