The two worst teams in the NFL last season, but bear with us, at least one of them will be good next year. We promise

Last season: No strangers to stinky seasons, the Jaguars laid a massive steaming pile of foul stuff in 2012. Two wins had them rooted firmly to the bottom of the AFC South. The more positive minded among you will point to three defeats in OT, and a couple of one-score defeats, but with star man, running back Maurice Jones Drew, rushing for 25 per cent of his 2011 total after limping out in Week 3, the Jags simply sucked in 2012. We hope for moustachioed owner, and new Fulham head honcho, Shahid Khan, that things improve.

This season: Okay, reasons to be positive No 1. MJD is back from injury and talking a big game, recommending that everyone put him in their Fantasy teams. No 2. Mike Mularkey is gone as head coach (replaced by the promising defensive mind that is Gus Bradley) and they have a new GM too in David Caldwell.

And No 3, they will have Blaine Gabbert back at QB who is marginally better than the man who stepped in to replace him last year, Chad Henne.

We'll admit none of their new acquisitions in the off season fill us with much hope but with the new faces behind the clipboards, and with MJD, the potential of Denard Robinson, second-year receiver Justin Blackmon (the other NFL-head in the JOE office, Adrian Collins is big on him) and Cecil Shorts they should be more of threat to other teams in 2013. Watch out for the guy they picked No 2 in the draft too, O Lineman Luke Joeckel. He's a monster.

Verdict: Defensively, even if they improve just a fraction, they will pick up a few more wins this season. And with the extra weapons they have, they may be able to create a shock or two. They won't make the playoffs, but the only way is up for the Jags in 2013.

Last Season: In one word...not good. We realise that's two words. The numbers were 2-14, but there were some strange losses in there so perhaps those figures don't tell the whole truth.

This Season: Andy Reid is coming in to take over, and despite having a difficult season at Philadelphia last year, he is still a really good coach and should improve them pretty much straight away. 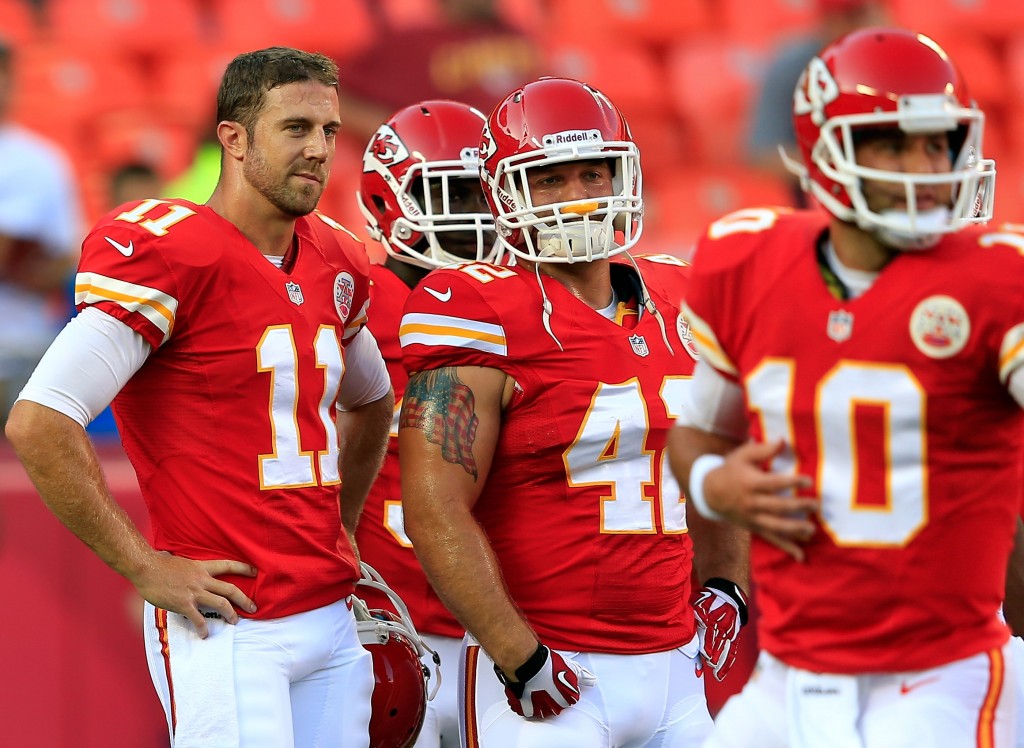 Another positive is the fact that they've got Alex Smith in at QB. He was, of course, the number one overall pick a few years back, and while his time at San Francisco is best forgotten (bar his time under Harbaugh) he is reliable, accurate on the short pass and manages games well, once played in the right system. It shouldn't be forgotten that there is talent in there, and he showed flashes of it in San Francisco, he just needs consistency and some decent weapons to aim at. Andy Reid should be able to provide a system to suit his quarterback, and Dwayne Bowe is a good receiver who has the talent to work well with Smith.

Running the ball, Jamaal Charles will see plenty of touches, both because it can take pressure off the QB and the fact that he's also absolutely brilliant helps too. For the Fantasy heads out there, he's definitely going to be in the 'elite' class, and the Kansas City Star are predicting he'll get 300 touches.

First pick in the draft they took Eric Fisher, a beast of an Offensive Tackle, and that will also certainly help Alex Smith and make them more solid. Their defence was not bad really last year, they did produce four Pro Bowlers after all, and they're extremely solid at corner back with Eric Berry and Brandon Flowers. Dontari Poe will also hopefully improve, as he could be a real talent.

In terms of their schedule, their division is weak and they should be able to pick up more wins than they did last year. They do have tricky games against the Giants and Cowboys early on, but we predict that they can acquit themselves well.

Verdict: While making it through to the playoffs might be a bit of a stretch, their division is weak enough (we're looking at you Chargers and Raiders) for them to make a run. It wouldn't be a surprise if they did make it, but 7-9 seems a bit more realistic for a team that's improving this year.

We're also working on the logistics of the NFL Fantasy League with JOE readers since we had some great interest, so we'll let you all know when it's sorted!