That can't have gone down too well.

The official Twitter accounts of certain football clubs have come in for something of a bad rap lately.

The Manchester United account has been a target of ire from United fans since it was set up earlier this year, while one Bolton fan delivered a quite tremendous response to a tweet promoting Sky Sports from the club account only yesterday, insisting that they should be trying to get fans to go and see the game live for themselves instead.

The most unforgivable error of all came earlier today, however, when the official Crystal Palace Twitter account posted the names of the Stoke substitutes ahead of the sides’ meeting at the Britannia this afternoon, as after all the Stoke subs’ names had been listed, there was also another message sent out to the 56,000 or so people that follow the account on Twitter.

I can accept journos, pundits and other fans writing us off, but writing ourselves off? #cpfc pic.twitter.com/SGhaMNFI48

It seems quite obvious that the person behind the Palace Twitter account copied and pasted it from their Stoke counterpart without giving it a read over and it has now since been deleted, but we imagine that they’ll be given a stern talking to by club officials at some stage.

They should keep the chin up, however, because they’re not the only one making mistakes regarding Palace today, isn’t that right Sky Sports? 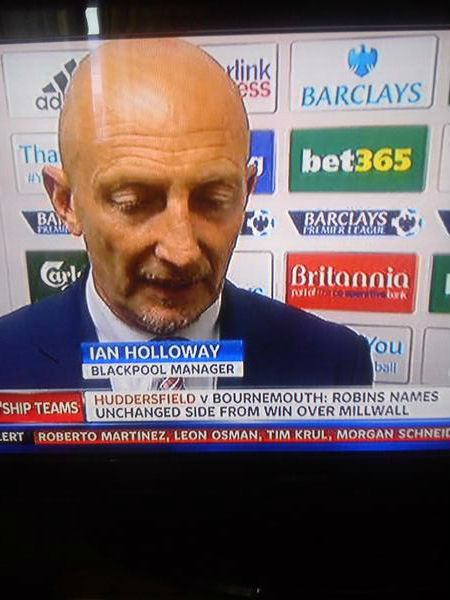 popular
Budget 2023: Cigarettes going up, energy credits announced, child and social welfare increases confirmed
Two new 24-hour bus services are coming to Dublin
CONFIRMED: Renters to benefit from €500 tax credit as part of Budget 2023
An underseen disaster film is among the movies on TV tonight
Female child and woman in critical condition after incident in Clare
Female child discovered with serious injuries in Clare
Jeffrey Dahmer’s dad thinks he knows what’s to blame for son becoming a serial killer
You may also like
3 years ago
WATCH: Tipperary Dad tries VR for the first time... and the last time
3 years ago
If you want to buy an Idris Elba doll that looks nothing like Idris Elba, you're in luck
4 years ago
PICS: This attempted restoration of a 500-year-old statue looks absolutely woeful
4 years ago
This has surely been the most viewed video in the world over the last couple of days
5 years ago
WATCH: Hilarious footage of two Irish skiers losing control in Italy [NSFW]
5 years ago
This guy got savagely mocked online for not knowing how maths works
Next Page