Brought to you by Circle K Ireland

It's been a hell of a year.

The world has been put through the ringer and, as Ireland tentatively tries to get things back going again, there's a backdrop of fear and instability and uncertainty. 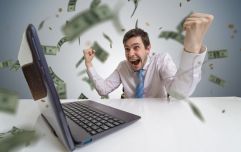 Who wants to be a multi, multi, multi-millionaire by taking part in the US Mega Millions draw?

END_OF_DOCUMENT_TOKEN_TO_BE_REPLACED

Reconnecting with the commute has been a joy that's already come and gone since some businesses began welcoming back employees but the sight of that big red K down the stretch of Irish roads brings with it a spark of hope for the next three weeks. And, by God, we deserve a bit of lightening up.

Circle K's Spin and Win promotion is back with a brand new format, Flip and Win, and a summer promotion which has been extended to September 8th.

On top of all of that?

To celebrate the extension of Circle K's Flip and Win promotion, we're giving away a €250 gift card to one lucky reader here. Just enter on the form below.

After the success of last year's Spin and Win promotion, Circle K have refreshed the online interactive game and launched Flip and Win.

And you can keep coming back every day from August 19 to September 8. 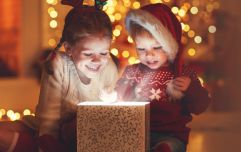 END_OF_DOCUMENT_TOKEN_TO_BE_REPLACED

With over 160 participating Circle K sites across the island*, you won't have to go too far to find where you can make use of your winnings.

And all you have to do to be in with a chance is go online and play Flip and Win. No strings. No purchases necessary. Just play and see what you get.

You can also play via the Circle K app. 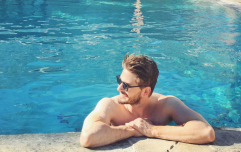 Irish punters could turn €0.98 into hundreds of millions* with a bet on the Super Jackpot

END_OF_DOCUMENT_TOKEN_TO_BE_REPLACED

Fuel discounts, a free car wash, Froster iced drinks, a cup of delicious Simply Great Coffee, and a wide selection of items from Circle K’s in-store food range are just some of the prizes to be won. And if you need a reminder, it's free.

And, remember, you can enter below to be in with a chance of winning a €250 Circle K gift card.

*Prizes must be redeemed at a Circle K participating site within 72 hours of receiving the code. Circle K Express sites are not participating in the Flip and Win promotion.

Brought to you by Circle K Ireland