This Dublin flooring company is looking for your entrepreneurial ideas

Brought to you by Hamptons Floor Store

You can really get in on the ground floor with this one.

It isn't always easy to break into the entrepreneurial world. Sometimes, you need a bit of a boost so the ideas that have been building up in your head can finally come to fruition.

There is money to be made from that head of yours, you just need someone to help you get there.

Don't worry, this isn't an episode of Dragon's Den. No matter how unusual your latest idea might be, it's worth giving it a go.

END_OF_DOCUMENT_TOKEN_TO_BE_REPLACED

The company offering this incredible opportunity is Hampton's Floor Store. Originally based in Crumlin, Hampton's has a new showroom in Kildare and recently branched out into a sister company called Brooklyn Flooring.

In 2016, the company rose to fame with a billboard they designed after Conor McGregor defeated Jose Aldo. A defeated Aldo was shown lying on the canvas with the words "You don't need a Brazilian to get laid," emblazoned on the front. 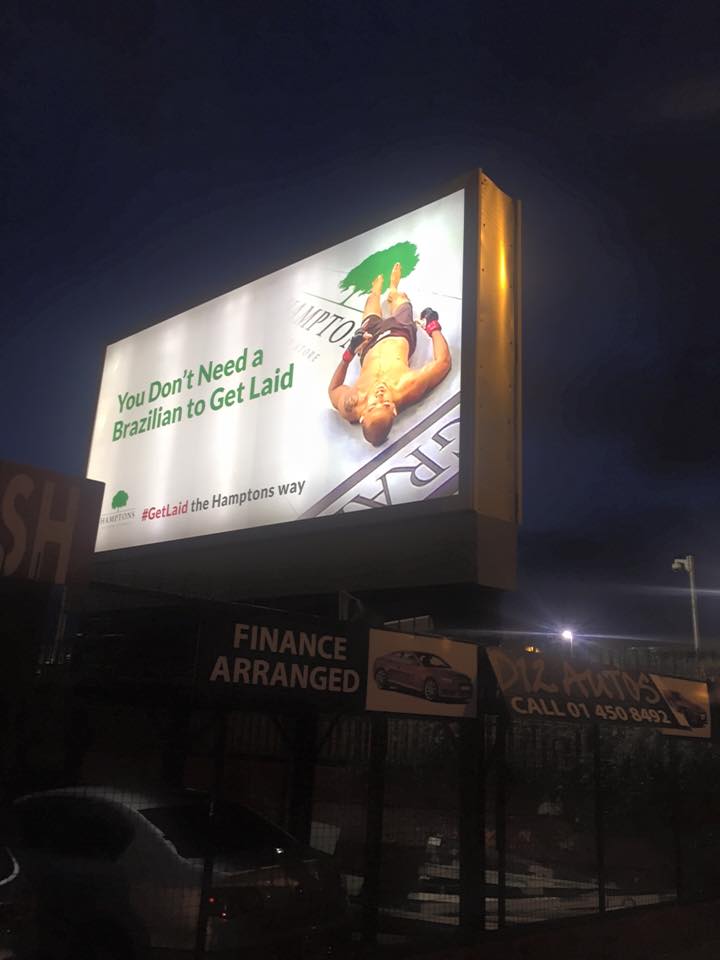 This the kind of outside-of-the-box thinking they are looking for. If you can come up with a good enough idea for their company, you will be rewarded by owning one of their franchises.

Since things started back in 2014, most of the company's business has been done online. While the flooring industry might typically be seen as traditional, they pride themselves on unique marketing ideas.

What to do with your entrepreneurial ideas

END_OF_DOCUMENT_TOKEN_TO_BE_REPLACED

Basically, they're looking for someone to slot in with the company's business model and help plan future expansions. Having already changed the game in the flooring business, they're now seeking new franchise owners.

They need entrepreneurial ideas from someone that will lay down something solid. In fairness, they do that kind of thing for a living, so they probably know what they're talking about...

The man that you'll be sending any business ideas to is Joe Prendergast. Being a young man with an entrepreneurial mind himself, he's looking for ideas that will help move his company forward.

Should you have any ideas that you think could be of use for a forward-thinking flooring company, send an email to joe@hamptonsfloorstore.ie to see what he thinks!

Hampton's Floor Store believes in putting the customer first, rather than the ‘computer says no’ mentality or red tape culture. They tailor solutions to all of their customers, and that's what makes them Ireland's most recommended flooring company.

Brought to you by Hamptons Floor Store

popular
Human remains found in suitcases are the bodies of two children
People want "offensive" Crown Paints advert banned after attracting hundreds of complaints
Here's how to make €9-11 on Revolut in just a few minutes
A very tense '90s action thriller is among the movies on TV tonight
Robert Troy apologises and submits seven amendments to correct the record
New car-free town with population of 85,000 set to be built in Dublin
QUIZ: Can you identify the famous song from the opening line?
You may also like
2 hours ago
One of 2022’s best hidden-gem comedy series is available to stream
1 day ago
COMPETITION: Do your bit to end gum litter for good and WIN a €150 One4All voucher
1 day ago
COMPETITION: Here's how you can WIN €500 off your young driver car insurance with Allianz
2 days ago
McDonald's are running some very tasty deals this month, here's what you need to know...
1 week ago
Don't miss this temporary pop-up night club, coming to Dublin for one night only!
1 week ago
COMPETITION: Want to WIN a €1,500 holiday? Share your homemade burger snaps to WIN
Next Page