Do you have a budding tech start-up that you think is worthy of representing Ireland at the ‘World Start-up Competition’ in Seoul later this year? Then you better check this out…

We really can’t think of a better way to get your tech start-up out into the world than by representing your country at the ‘World Startup Competition’ in Seoul on November 24th later this year.

The guys over at Startup Ireland are currently seeking a budding tech start-up entrepreneur to represent Ireland for the first time ever at the competition. Now there's an accolade that would look extremely inviting to potential investors... just sayin'. 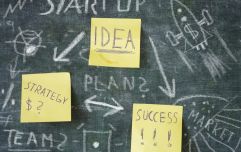 If you're a student with a great business idea, here's how you could win €10,000

END_OF_DOCUMENT_TOKEN_TO_BE_REPLACED

The successful applicant from the Irish leg of the competition will also be in with a chance of winning the $100,000 (€75,000) overall prize, but only if they manage to beat the other 40 contestants from all around the world.

Speaking about the competition, Eoin Costello of Startup Ireland said:

“It is fantastic that our movement’s membership of the prestigious Startup Nations organisation is already enabling us to present the best of Ireland’s tech startups on the international stage. This complements #StartupIreland’s mission of sending the message out to the world that Ireland is the land of opportunity for startups that want to take on the world!”

To be considered for the Irish leg of the competition, entrants must be:

To enter the Irish leg of the competition, simply fill out the form here. For more information about the competition and what’s involved head over to the Startup Ireland website here.