Popular gym supplement found to be ineffective at building muscle

Save your money and focus on food instead.

Branched chain amino acids (BCAAs) are a hugely popular bodybuilding supplement used by athletes and gym goers alike, but a new study has found them to be largely ineffective.

Whether you're looking to build muscle, burn fat or just optimise recovery from training, scientists believe you're far better off focussing your efforts on a high-protein, whole food diet. 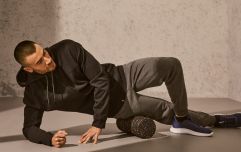 END_OF_DOCUMENT_TOKEN_TO_BE_REPLACED

BCAAs burst onto the scene in the late 1980s, and were generally targeted at competitive bodybuilders needing to maintain muscle mass on a highly strict diet.

For these individuals, solid food might have led to excess calories being consumed. BCAAs were encouraged as a result.

We are talking about a very small share of the population for whom this supplement had any discernable benefit.

More recently, BCAAs have been marketed to the general population, often billed as an essential component of any serious gym goer's muscle-building arsenal.

END_OF_DOCUMENT_TOKEN_TO_BE_REPLACED

However, in the last few years, there has been growing suspicion that BCAAs aren't worth taking if your diet, training and recovery are already in-check.

Some experts have even gone so far as to brand them ineffective, and a new study looks to have corroborated this claim.

A team of scientists from China and Singapore took 132 adults and gave them BCAAs for 16 weeks. Measures were taken for lean body mass (muscle), calf muscle volume and insulin sensitivity (the body's ability to use carbs for energy).

END_OF_DOCUMENT_TOKEN_TO_BE_REPLACED

They added that "a higher protein diet may be more advantageous for lean mass (muscle) preservation".

How much protein should you consume through food?

According to the American College of Sports Medicine, those engaged in regular weight training or preparation for an endurance event should consume between 1.2 and 1.7 grams of protein each day, per kilo of bodyweight.

Whey protein shakes may help you hit that target in addition to solid food.

popular
Harvard study reveals how many times men should ejaculate each month to stay healthy
Colin Farrell shouldn't win the Oscar this year
Parents left in shock after gorillas start mating in front of kids at zoo
The JOE Friday Pub Quiz: Week 331
Conor Mcgregor hit by car ‘at full speed’ while cycling
S Club 7's Hannah Spearritt and children left homeless after being forced from home before Christmas
Forspoken breaks the golden rule of gaming... and not in a good way
You may also like
4 weeks ago
Christian influencer causes massive scene at gym trying to preach his religion
1 month ago
Ashton Kutcher opens up about rare disease that left him unable to see or walk
1 year ago
COMPETITION: Win €250 worth of cool gear from the Gym+Coffee autumn/winter collection
1 year ago
FLYEfit to open four new 'super gyms' as part of €10 million expansion
1 year ago
Dublin Marathon cancelled for second year in a row
1 year ago
The Rock's leg day routine is one of the toughest workouts ever
Next Page