Another seven games across the consoles to play this month.

If you've already got PS Plus and Xbox Games with Gold, then these are the games you can expect to get as part of your subscription(s) for August, starting with...

PS Plus (available until Tuesday, 7 September) 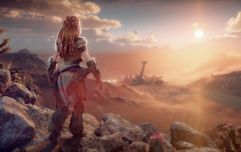 END_OF_DOCUMENT_TOKEN_TO_BE_REPLACED

Official Synopsis: "Choose one of 20 fully-customisable character classes, and perfect your play-style as you earn new rewards for each victory on the battlefield. Team up with friends, either on couch co-op or online, and take on a cavalcade of new challenges, tackling enemy hordes in PvE, going up against others online, or braving all-out mayhem in the new Battle Arena."

Official Synopsis: "Play as the world’s top players or create your own pro and try to dominate the world rankings. Play for fun or take on Ranked mode to sharpen your skills. In Career mode, manage your season, your staff, your equipment and your sponsors. Alternatively take on friends locally or online in singles or doubles games. Whatever mode you choose, you’ll experience dynamic, realistic and precise gameplay that puts you in the heart of legendary rallies."

Official Synopsis: "In this vicious frontier, you’ll face threats on two fronts. Head into high-risk, high-reward dungeons to encounter demonic foes. Dangerous but necessary for your continued survival: you’ll earn powerful items and experience points. Powering yourself up will give you a much-needed edge on the battlefield when you face off against your Hunter brethren." END_OF_DOCUMENT_TOKEN_TO_BE_REPLACED

Official Synopsis: "Explore huge, beautiful worlds and meet an unforgettable cast of characters. As buddy duo, Yooka & Laylee, embark on an epic quest to thwart the corporate villain, Capital B, and his devious scheme to absorb all of the world’s literature."

Official Synopsis: "Delve deeper into the history of the Lost Planet universe. In this prequel to the previous entries, relive the adventures of Jim Peyton as he reveals the hidden truths within the environments of E.D.N. III, in a highly engrossing single-player experience." 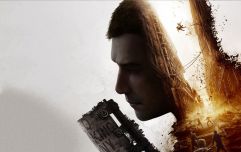 END_OF_DOCUMENT_TOKEN_TO_BE_REPLACED

Official Synopsis: "As the last entry of the classic Fatal Fury series, select over a dozen different fighters to participate in the King of Fighters: Maximum Mayhem tournament. Featuring the T.O.P. fighting system, and a defence and counter mechanic, prove to your opponent that legends don’t die…they get better!"

Official Synopsis: "In this hack-and-slash action adventure, assume the role of Fury, one of the Four Horsemen of the Apocalypse, in her quest to hunt down the Seven Deadly Sins. Explore an open-ended, living world, and use your whip and magic to restore the balance between good and evil."

popular
One of the best action movies of recent years is finally available to watch at home
The JOE Friday Pub Quiz: Week 278
Gardaí launch investigation after man's body reportedly brought into post office in Carlow
QUIZ: How well do you remember Ozark on Netflix?
QUIZ: Can you score 18/18 in this tricky geography quiz?
"It will be with me until I die" - Charlie Bird opens up about "loveliest gesture" from Daniel O'Donnell
The 10 must-watch new (and old) arrivals coming to Disney+ in February
You may also like
2 weeks ago
10 massively popular games that turn 10 years old in 2022
4 weeks ago
These are the 10 must-play games of 2021
1 month ago
10 of the best deals from PlayStation's Black Friday sale
2 months ago
Call Of Duty: Vanguard is as close as we'll get to an Inglourious Basterds video game
2 months ago
WATCH: The first 15 minutes of George R.R. Martin's video game are going to blow your mind
2 months ago
The Ultimate Mortal Kombat Quiz
Next Page